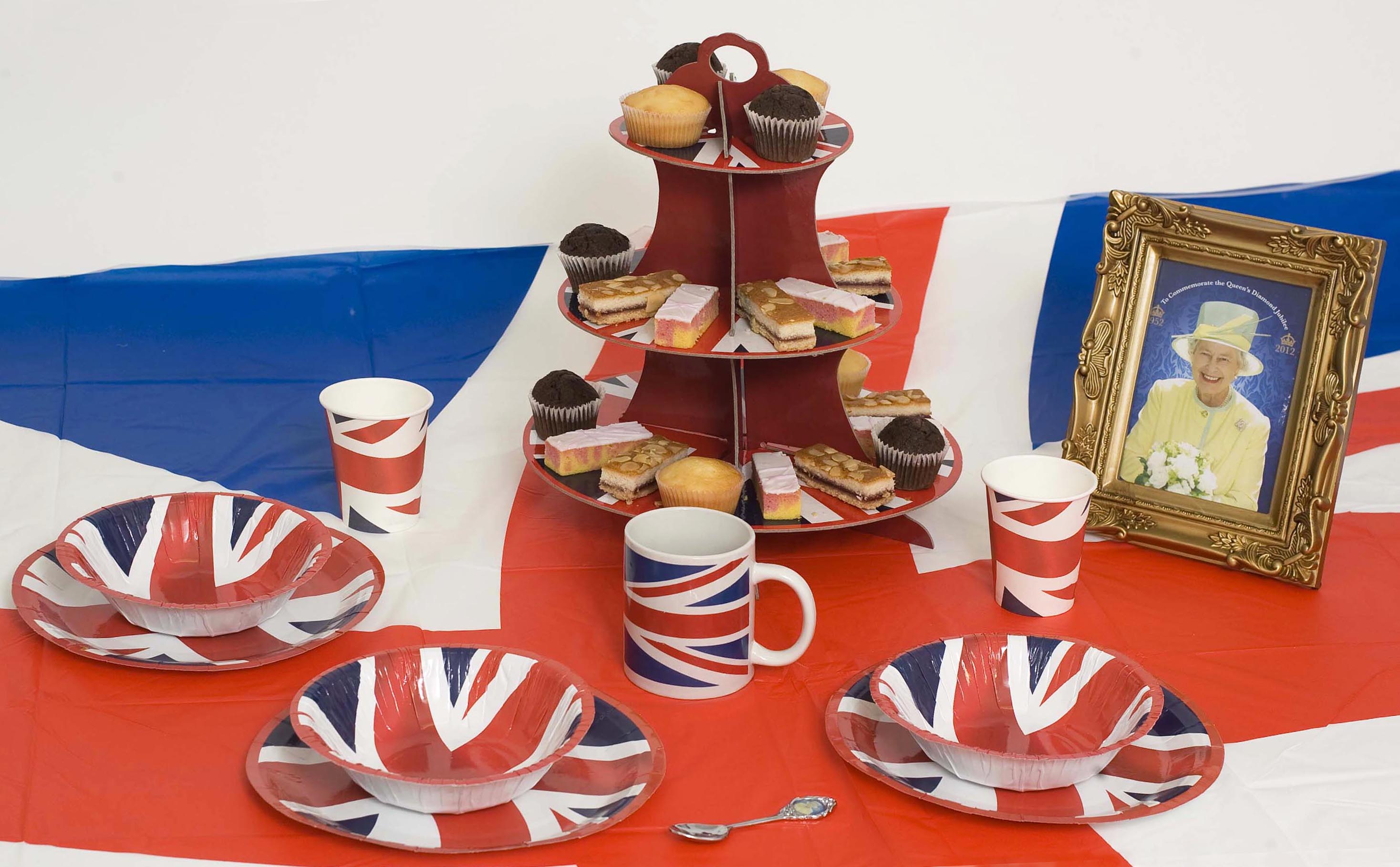 Skint Brits who can’t afford to shell out hundreds of pounds on official memorabilia for the Queen’s Diamond Jubilee can still show their national pride – for just 99p. 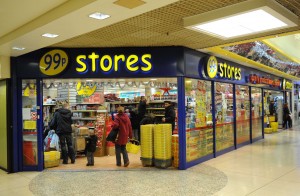 The pricey official collection of gifts, which are approved by the Queen herself, include a #25 coffee mug and a cake stand that will set punters back a staggering £395.

A simple box of chocolates costs #15.95 and royalists will need to stump up #495 for an ornamental urn gilded with the Royal Coat of Arms in 22-carat gold.

But with the 26-strong collection out of most people’s price range, a cheaper collection has been launched to help hard-up Brits celebrate the Queen’s special day in style.

Budget company 99p Stores have rolled out their Diamond Jubilee products – with punters able to pick up a three-tier cupcake stand for less than a pound.

The 99p Jubilee range, which hit the shelves last week, includes a portrait of Her Majesty in a mock antique gold frame, 30ft of bunting and five flags on sticks.

Hussein Lalani, boss of the 99p Stores , said: “We all love the Queen and I’m very patriotic but I think a lot of people would be really pushed to buy a £400 cake stand.

“If you had a choice over a £400 cake stand or a 99p one then it’s obvious which one you would pick.

“Maybe street parties in Kensington might use a £400 cake stand but I can’t see anyone else paying that much and then using it.

“It’s all about having a bit of fun, it’s a perfect range for street parties and for everyone who just wants to enjoy the long weekend celebrating the Jubilee.”

With millions of Brits set to go street party mad over the long bank holiday weekend of June 2 – 5, cheapskate Brits can also put together an ‘Ultimate Street Party DIY’ kit of ten items for under a tenner.

Mr Lalani added: “Anything left over can be used again in a few weeks time for London 2012.

“We have found that the sales have been a lot better than even the Royal Wedding collection last year.

“Last year we sold bunting that if laid out would have stretched from London to Windsor and back five times over.”

“We are already preparing second and third print runs of the portrait. The memorabilia is really flying out, I guess everyone loves the Queen.”

The Queen will take part in a glittering procession through the streets of London to mark her Jubilee on June 5.