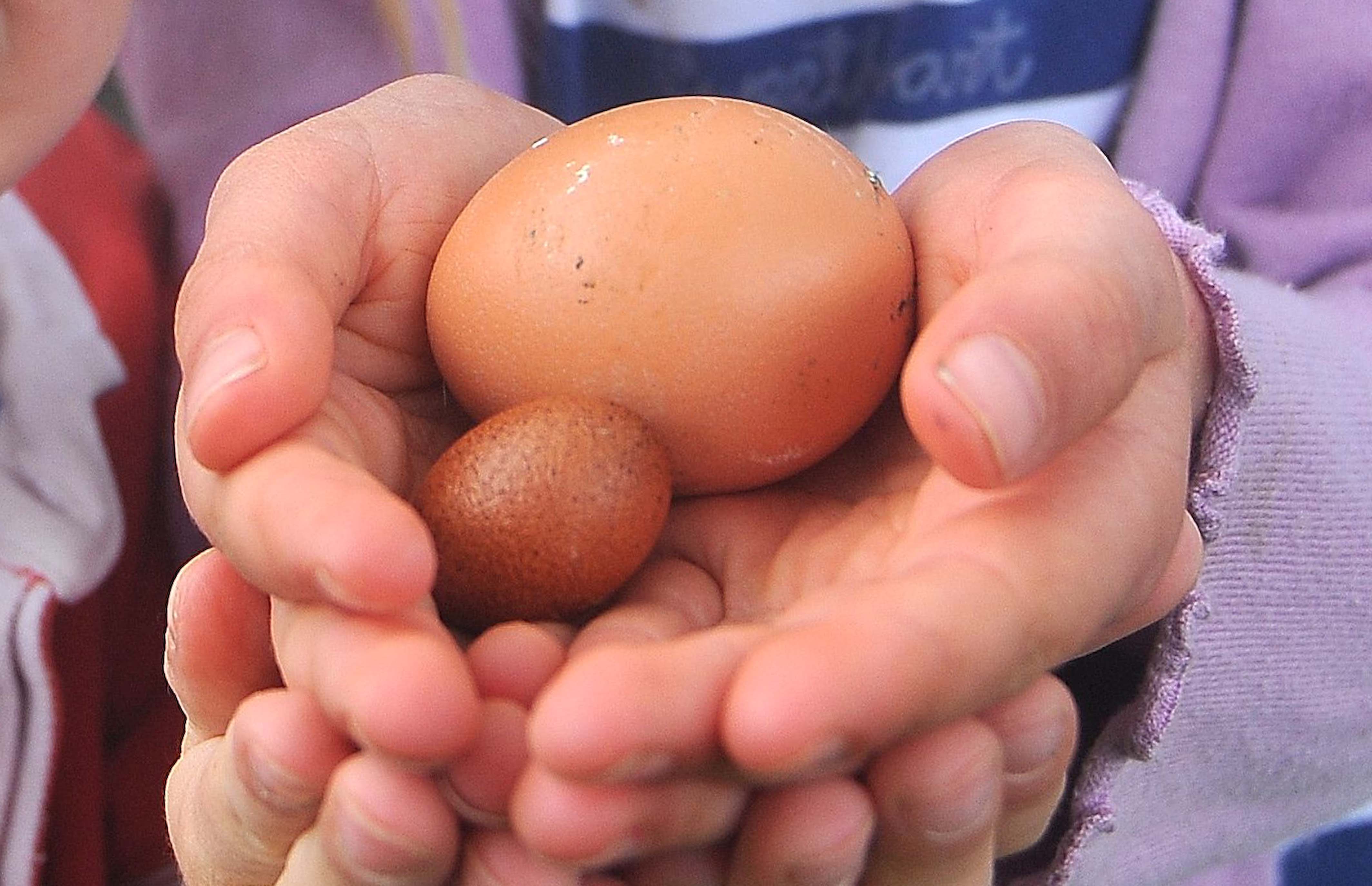 Here’s one tiny egg the Bye family are not going to eat in a hurry – as it’s a contender for the being the smallest in the WORLD.

Tree surgeon Phil Bye, 35, was on his daily egg collection from the coup in his garden when he found the miniscule egg – which is smaller than a 2p coin.

As it was Good Friday, his family thought he was playing a practical joke on them.

“My husband went to the garden to collect the eggs and came back with normal eggs and this tiny egg and we were are ribbing him thinking it was a joke.

“But we could soon tell by his reaction it wasn’t a joke at all.

“We were all quite excited. My aunt is convinced our egg is definitely the smallest. I don’t think it is a common occurrence.”

The egg created a spectacle for the couple’s children and guests, but it was not until two days later that they considered applying to the Guinness Book of Records to have it registered.

Helen’s aunt, June Jennings, had seen an article about Harry Evans, from Bakewell, Derbyshire, last week who was claiming to have the world’s smallest egg with one weighing 7.3g.

She quickly called to tell the Bye’s that their egg was smaller.

Although they had difficulty measuring it using a ruler and tape measure due to its size but – it weighed in lighter than Mr Evans’ at 3.5g.

Fitness instructor Helen, added: “It was really exciting. We thought it was odd but we didn’t think it would be a contender for the smallest chicken egg in the entire world.

“We are going to look into and get in touch with the Guinness Book of Records. It is something for the kids to treasure – it is quite special.”

The couple’s six hens produce up to six average-to-large-size eggs each day and enjoy collecting them with their children, Lily, seven, and Sonny, five.

Helen, from Rougham, Suffolk said: “The children are very fond of the chickens. They have never produced an egg this small before. They are all big hens.”

The mini-egg is currently being kept in their fridge and will be sent off to Guinness in the hope of it being crowned the world’s smallest.