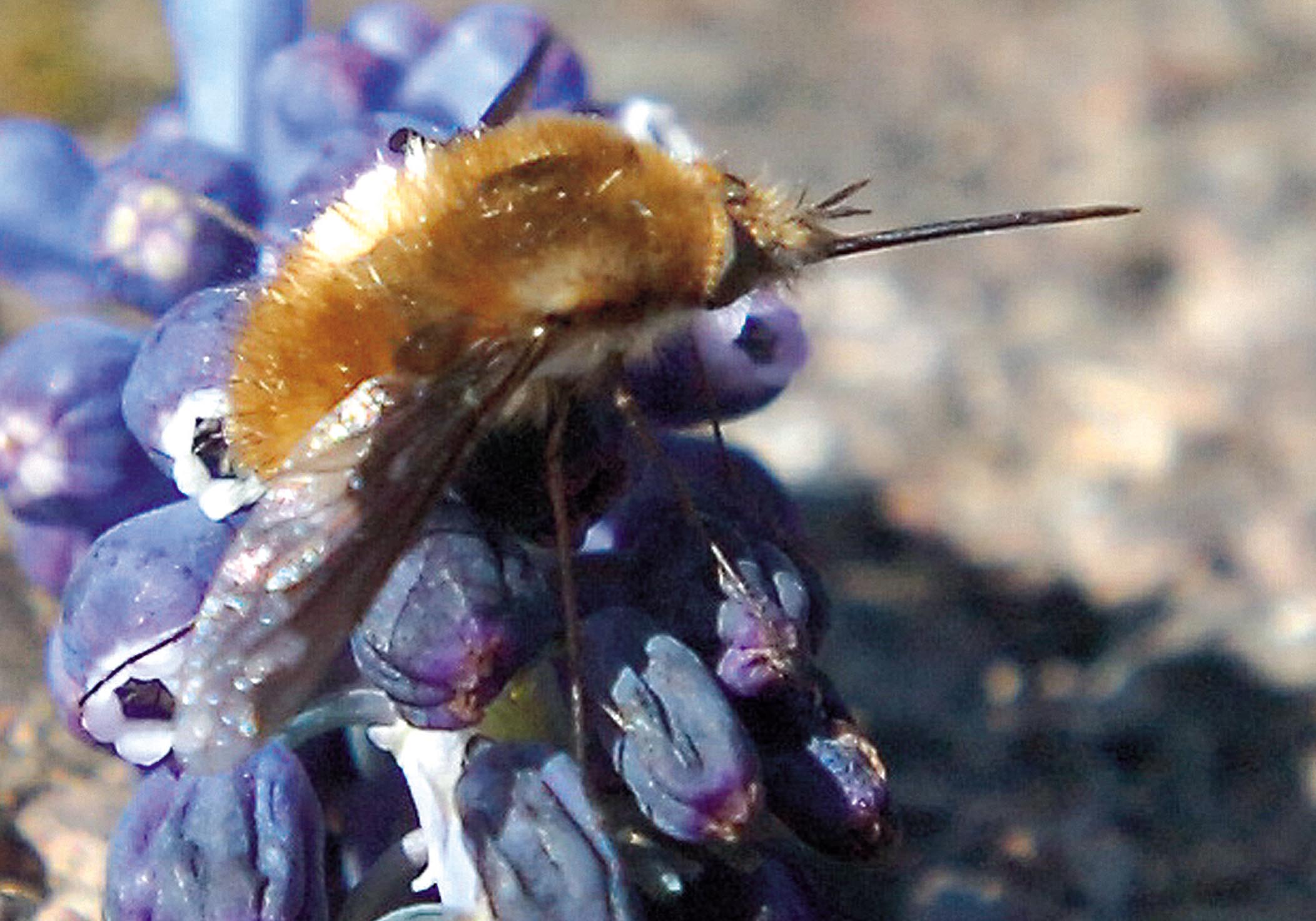 Britain’s gardeners were yesterday warned to expect swarms of these huge bee-like insects which have INCH-LONG spikes on their faces – but are thankfully HARMLESS to humans.

Increasing numbers of the North American large bee fly – five times the size of normal bees – are settling in Britain as a result of the warm weather.

The insect, officially called by its Latin name ‘Bombylius major’, are native to North America and parts of Europe.

But hundreds of the species have been spotted in gardens in Herefordshire and East Anglia in the last few weeks.

Their instantly recognisable tongue – which stretches up to one-inch in length – might make them look like a monster from a sci-fi movie yet experts say they are completely harmless to humans and are incapable of stinging.

Anne Orgee, 43, photographed one of the insects feasting on one of her lavender plants outside her home in Hereford last Thursday .

She said: “I was amazed, it looked like some kind of cross between a bee and a honeysuckle bird.”

The scarce insect is rarely seen on British soil and usually only appears in marshy woodland in the summer months.

Despite their appearance, they are in fact flies that have evolved to mimic a bee and even collect nectar.

They hover and hum like a bee in order to scare off predators but are as harmless as house flies.

The frightening-looking spike is actually a long, slender tongue called a proboscis which they use to retrieve nectar from flowers.

Females often flick their eggs into bees’ and wasps’ nests so they are reared by the real thing.

Insect expert James Ship, entomologist at Stratford Butterfly Farm, Warks., said: “People are seeing them more purely because of the weather we have had.

“It’s a relatively early spring and it was a mild winter.

“Couple that with some of the wet weather we’ve had recently and they will have hatched quite early.

“The spike is actually their proboscis for reaching nectar. It’s just a mimic, it just tries to make itself look more terrifying than it actually is.

“I’m not surprised people are shocked to see them. With the mild winter and some wet weather coming now we could be seeing them invading British gardens this summer.”