Microsoft has criticised a recent ruling from the US Federal Trade Commission (FTC) on Google’s business practices as “weak”. 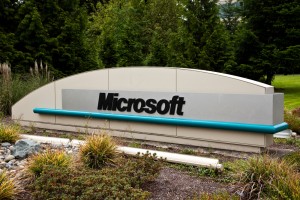 Speaking about the issue on the company’s blog, vice president and deputy general counsel Dave Heiner described the agency’s failure to obtain industry input on the matter as “troubling”.

He claimed that despite being a vocal advocate of so-called ‘data portability’, Google had in practice prevented its customers from utilising information on their own advertising campaigns with other companies.

“That made it much more difficult and costly for advertisers (especially small advertisers) to run their ad campaigns on Bing and other ad platforms,” Mr Heiner said.

Earlier in the week, the FTC subjected Google to institute legally-binding changes in its presentation of certain search results, in addition to alterations to the administration of its search-based advertising products.

The company was also forced to address issues concerning the way its Motorola Mobility subsidiary licenses its standard-essential patents to the industry and competitors, with regulators calling for “fair, reasonable and non-discriminatory terms” to be implemented.

“The changes Google has agreed to make will ensure that consumers continue to reap the benefits of competition in the online marketplace,” said FTC chairman Jon Leibowitz in his response to the ruling.

However, commenting on the issue, Mr Heiner expressed disappointment in the FTC, noting that the regulator’s proposed consent decree on patents is a lengthy document that lists a number of exceptions to Google’s patent licensing commitments.