The percentage of happiness is an interesting indicator, calculated by several universities. The indicator is calculated including a large number of factors, from the average income to life expectations. You might believe that the developed countries are the happiest. Generally, this is a true statement, but the chart of happiness is different from the one of incomes per citizen in different countries.

The latest chart was calculated considering the level of life, possibilities of professional development, family achievements and possibilities to spend free time. Of course, the level of health is also important. The economy and psychology experts used national statistics for this. They started from the idea that happiness is not only important for the psychical state of health of the individual, but also for the physical one, and it contributes to the progress of nations.

“It is demanded for the politics of different countries to align to what is really important for people. If you 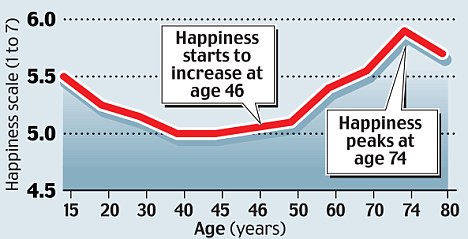 ask them, they will say happiness in any form, and this is what governments have to achieve”, said the professor from the Columbia University, which coordinated the report.

The happiest countries in the world are concentrated in Northern Europe. The Nordic nations scored the best at all the six categories: Gross Income for individuals, life expectations, family achievements, freedom of choice, and freedom from corruption and generosity.

The first five places are taken by Denmark, Norway, Switzerland, the Netherlands and Sweden.

The UK is at the middle of the chart, with 20% level of happiness. It is a little surprising, as long as the level of incomes for this country is higher compared with the majority of other countries. The UK citizens don’t have so many problems with money, but they are disappointed by the lack of perspective when it comes to professional development.

According to the study, 88% of the Denmark citizens answered “Great!” to the question “How do you feel today?” while only 45% of English responders answered the same way.