A university teacher from UK claims that he took the picture of fairies. The 53 years lector, ex member of the punk formation The Three Johns, showed some photos picturing some insects that look like fairies. He claims that the photos were not modified at all. Many people that saw those already changed their opinion about the existence of fairies, according to Dangerous Minds.

“It was shocking when I discovered those, and this is why I took several photos”, said the teacher for the Manchester Evening News. “Then, I took some photos of mosquitoes and flies, but they simply don’t look the same. People can decide what they are. All I have to say to them is to approach the matter with an open mind”. 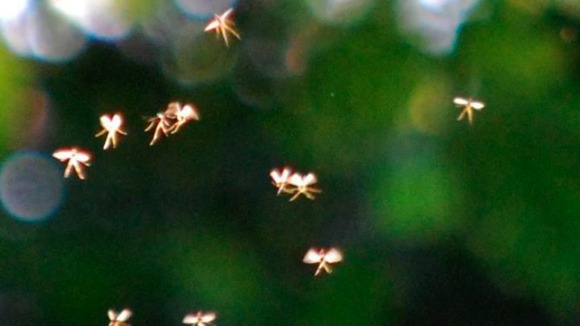 John Hyatt knows that some other people already sustained the existence of fairies, so he displayed the images in front of the public, and those can form their own beliefs.
“It is a stereotype, whatever that is. There are weirder things than fairies, and life develops everywhere. I don’t believe that they are smaller versions of us, which go home to drink a tea at the end of the day, but it is clear that those are living beings. Some ask if they have special powers. I caught them dancing and enjoying a dance in the sun. Those are only beautiful photos, and beautiful photos can convince the people to believe.”

The fairies are semi-divine feminine presences from the mythologies of different countries. There are good and bad fairies. The good ones are beautiful girls, friendly to people and ready to help, while the bad ones are those that punish people for their bad behaviour. It is not the first time when somebody claims to take photos of fairies, but it is the first time when we have such a clear photo of fairies…or a well done fake!