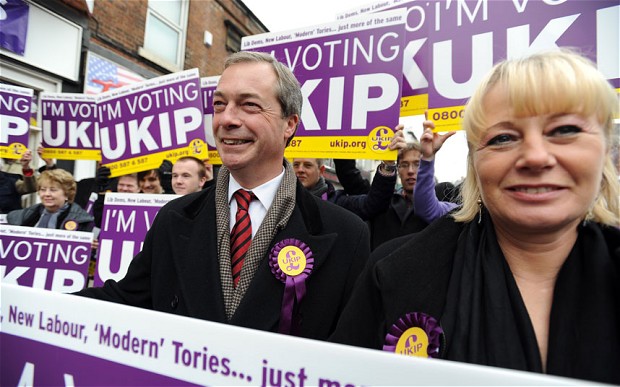 Gerard Batten is one of the preeminent figures of UKIP party, which recently asked the British Muslims to sign a code of conduct. According to the statements of the politician, a brick was thrown through his window, a few days after making this statement.

Nigel Farange, the president of the party, claims that the media is to blame for the attack, and especially because of the denigrating campaign conducted by some of the most important UK publications, which are allegedly under the control of the traditional parties. The brick was thrown Tuesday morning, right in the living room of the UKIP politician. Batten claims that he woke up during the night because of a noise, but he found nothing suspicious at the time. In the morning, he was waked up by the sound of breaking glass. Fortunately, there were some CCTV cameras around the area, which are currently reviewed by the police.

The UKIP members complain more and more about intimidation, and about the problems that they have to face for being sustainers of this party. Batten was heavily criticized for his idea of obliging the Muslim citizens of the United Kingdom to sign a code of conduit. According to Batten, this code would help the Muslims to state their opinions against violence, but according to the political opponents of UKIP, the act is only designed to light up the tensions between the different religious groups in the United Kingdom.

Based on the Euro scepticism and on the increasing lack of trust of citizens in the traditional parties, UKIP gains more and more adepts. Their rhetoric is based on extremist claims, and on a generally aggressive behaviour. The upcoming Euro elections might increase the unrest in the United Kingdom, especially if UKIP will gain the expected number of seats in the Euro Parliament.