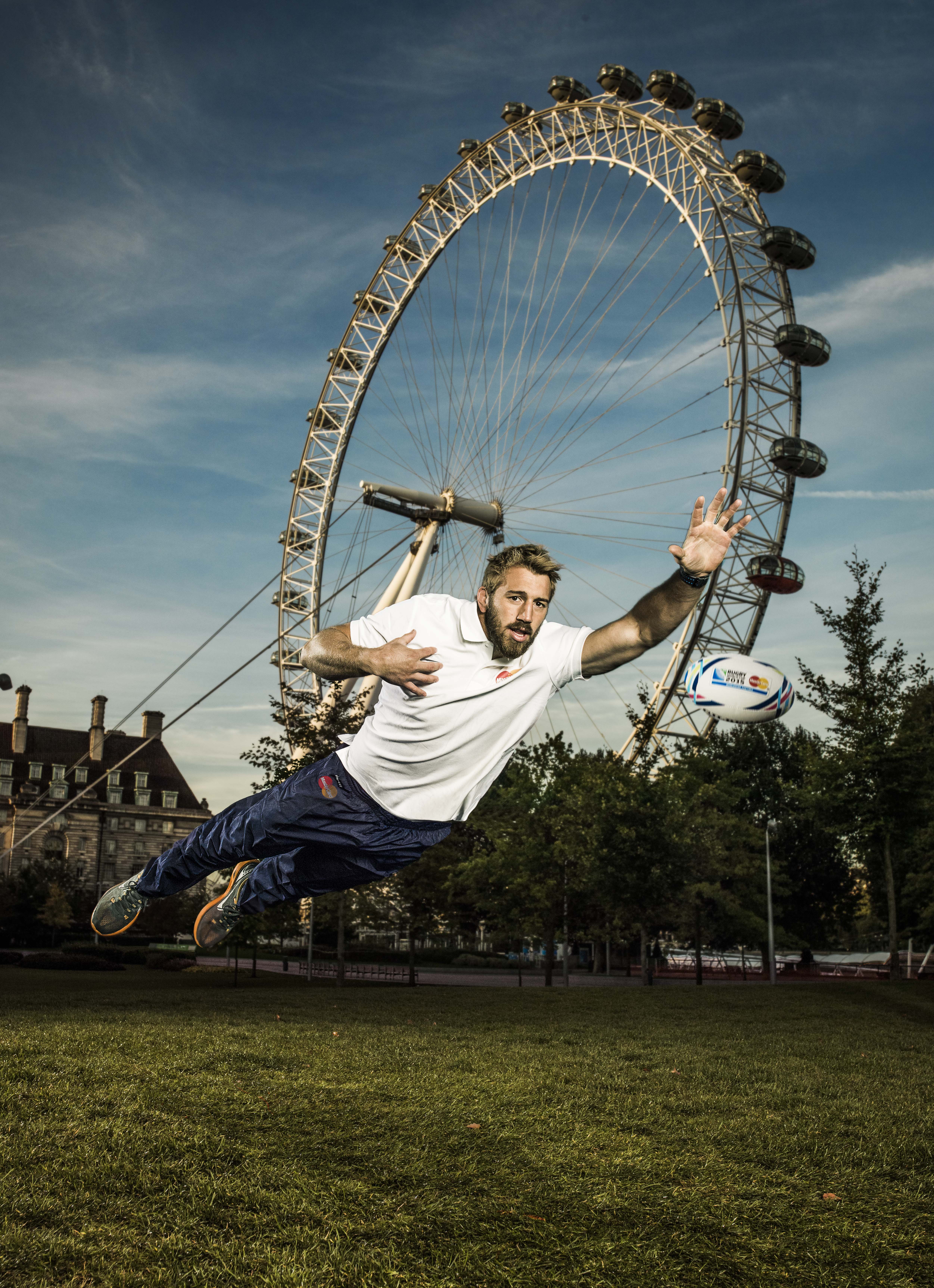 Chris Robshaw and Martin Johnson joined MasterCard’s team of Rugby World Cup 2015 ambassadors, and kicked off the partnership by giving a school rugby team a Priceless Surprise on the London Eye today.

The unsuspecting youngsters from St John’s School, Leatherhead, were expecting a team building exercise on the London Eye, but awaiting them were Rugby World Cup 2003 winning captain, Martin Johnson and current skipper Chris Robshaw to deliver to them a priceless team talk.

Today was one of many Priceless Surprises MasterCard will be creating for cardholders and fans ahead of Rugby World Cup, which takes place in England and Wales between September 18 and October 31 2015. Other Priceless Surprises include the opportunity to present the Man of the Match award. For more information search for PricelessSurprises on Twitter or find us on Facebook.

Johnson and Robshaw urged the public to register for tickets for Rugby World Cup 2015.  Fans have just 3 days left to register for tickets at https://tickets.rugbyworldcup.com/ to ensure they have a chance to be part of what is set to be a priceless experience. Rugby fans should make sure they use MasterCard when buying Rugby World Cup 2015 tickets as they will pay zero transaction charges.

Martin Johnson said: “It was great to be able to come to the London Eye this morning and surprise St John’s School with what I hope was a Priceless Pep Talk. The look on their faces was certainly priceless when we surprised them!” Chris Robshaw added “Surprising St John’s School this morning was great fun but the ultimate priceless moment for me will be hopefully leading England out at Twickenham for Rugby World Cup 2015. With just four days before the ticket application window closes, fans should register now to make sure they get to experience the magic of the Tournament.”

Marion King, President, MasterCard UK and Ireland, said: “We are really excited to announce both Martin Johnson and Chris Robshaw as MasterCard ambassadors for Rugby World Cup 2015. With the help of Martin and Chris, we are looking forward to creating more Priceless Surprises for MasterCard cardholders and rugby fans around the world.”

To support the ballot ticket sales and packed with Priceless Surprises, MasterCard launched its 50 Days of Crazy consumer campaign, across UK, Ireland, France and Italian media. Follow #PricelessSurprise to join in the conversation

MasterCard (NYSE: MA), www.mastercard.com, is a technology company in the global payments industry. We operate the world’s fastest payments processing network, connecting consumers, financial institutions, merchants, governments and businesses in more than 210 countries and territories. MasterCard’s products and solutions make everyday commerce activities – such as shopping, traveling, running a business and managing finances – easier, more secure and more efficient for everyone. Follow us on Twitter @MasterCardNews, join the discussion on the Cashless Pioneers Blog and subscribe for the latest news on the Engagement Bureau.

Rugby World Cup is the financial engine behind unprecedented investment and growth in Rugby worldwide. The net Rugby World Cup surplus from the commercial success of France 2007 and New Zealand 2011 has enabled the International Rugby Board to invest more than £150 million in the Game between 2009 and 2012 and commit an anticipated injection of more than £180 million between 2013 and 2016 to underwrite a large range of major funding initiatives including annual national Union grants and strategic investments focusing on growing participation and increasing competition across all 119 national Member Unions affiliated to the IRB.