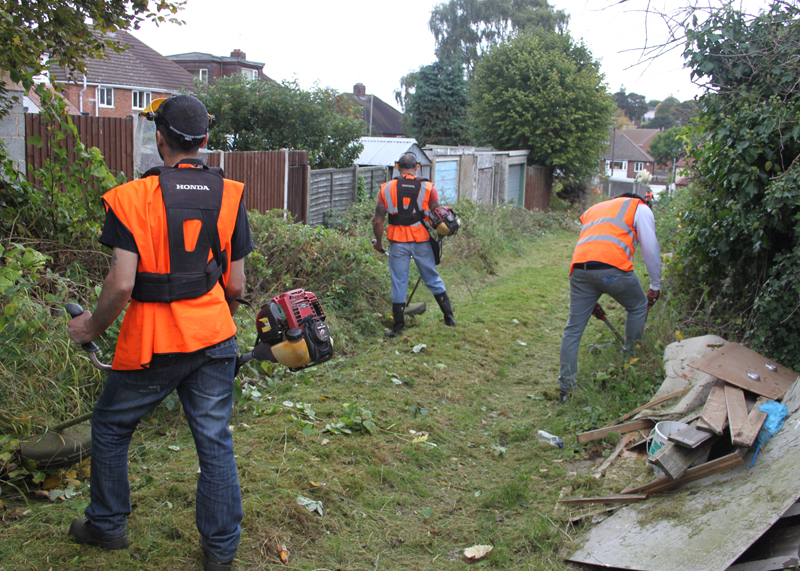 Offenders doing unpaid work as part of Community Payback (community service) have contributed over £7,020* worth of free labour across Sandwell, during the council’s ‘Safer 6’ Campaign.

Community Payback is unpaid work ordered by the courts as part of a community sentence. Projects can include litter picking, clearing dense undergrowth, repairing and redecorating community centres and removing graffiti. Offenders usually work as part of a team, monitored by a supervisor, and work all day with short breaks.

In addition to the work listed above, Community Payback continues to work in partnership with the Canal & River Trust at sites in Sandwell.

Martin Walton, Community Payback Unity Manager for the Black Country, said: “My team is proud to have been involved once again in this annual event. It’s really gratifying to see so many partner organisations and local people working toward a common goal of improving communities.”

Simon Lomas, Head of Community Payback for SWM, said: “Sandwell Safer Six is a great opportunity for Community Payback to work with partnership organisations and the community to make a real improvement to local environments. The Community Payback workers can see both the progress made and the benefits for local residents.  It’s great for them to realise that their efforts are worthwhile and appreciated.”

Across Staffordshire and the West Midlands last year, over 506,000 hours of Community Payback were completed every year by almost 4,000 offenders on a community sentence. This equates to over £3 million worth of free labour provided to local communities as offenders pay back for the crimes they have committed.

To be considered, a project must meet the following criteria:

The Community Payback team will assess the project for suitability and for health and safety implications. Anyone can nominate a project, so, if an individual, member of a club, community group, faith group or voluntary organisation has a project that fits the criteria above.