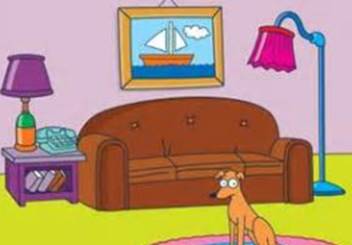 THE Central Perk sofa from American sitcom Friends has been voted the nation’s favourite iconic sofa in a recent survey by sofa specialists, Sofaworks.

Winning over a third of the nation’s votes, the shabby orange sofa found in the Central Perk Coffee shop can be seen in almost every episode of the long-running programme and topped the list of the most iconic sofas. The Simpson sofa was voted in second place and was the most popular with those aged between 18 and 24 (30 percent).

Sofaworks CEO Jason Tyldesley says; “With 64 per cent of people admitting  their sofa is where they spend most of their quality time it’s unsurprising that some sofas end up becoming icons. The well-worn orange velvet sofa from Friends is a classic example of a sofa that has become a celebrity in its own right.”

Those surveyed were also asked what their dream sofa would be, with almost 40 per cent wishing they had a sofa that controlled the temperature and 37 per cent saying they would want a sofa that cleaned itself.