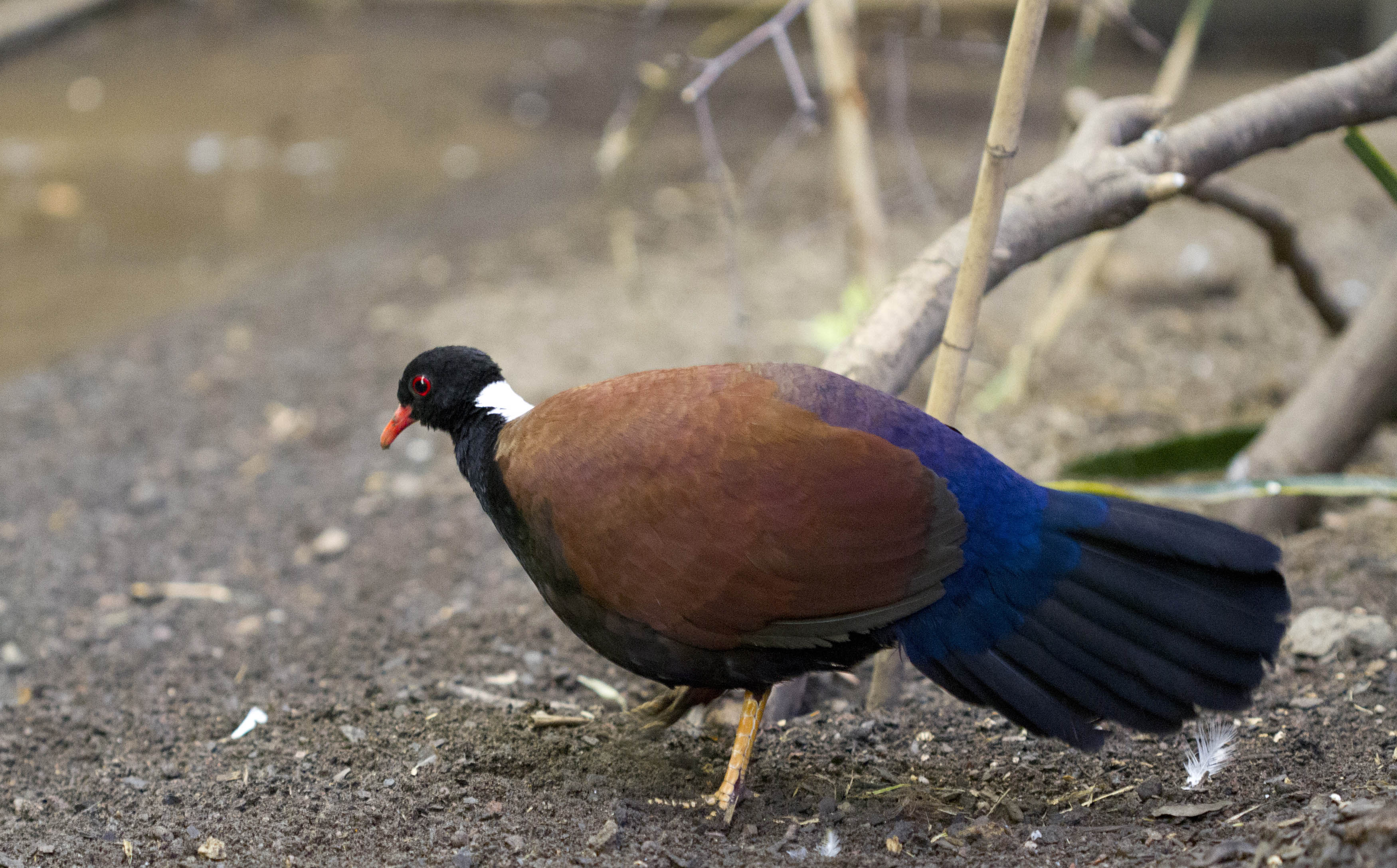 The exotic pigeon is a brand new species for the Zoo and the colourful bird can be spotted in the Brilliant Birds exhibit. Keepers hope it will soon be joined by a mate in the near future to help increase the population of this rare species.

The white-naped pheasant pigeon is found only on the Aru islands, off southwest New Guinea in Indonesia, and is currently listed as being vulnerable to extinction. The species’ population is continuing to decline as a result of its primary forest habitat being destroyed. Populations of the bird are estimated to number less than 10,000 mature individuals. The European Studbook (ESB) for the species was established in 2001 and is currently held by Miguel Sierra at Barcelona Zoo.

Colin Oulton, Bird Team leader at RZSS Edinburgh Zoo, said: “We’re very pleased with the addition of the white-naped pheasant pigeon to our collection here at the Zoo, especially as very few other zoos keep this species. We are in the process of acquiring a mate for our female in order to bolster the captive populations and create a safety-net for this species, as part of the ongoing conservation efforts with this species.

“The bird itself is unusual looking. From the neck down it has the look of a small pheasant species but has a typical pigeon-like head shape. Its call is also very typical of a member of the pigeon family.”

The white-naped pheasant pigeon is a large terrestrial bird, easily identified due to its colourful composition. As the name suggests, the pigeon has a bright white hind-neck, as well as a laterally compressed black tail, chestnut coloured wings and mantle and a metallic golden-green patch on the breast. The pheasant pigeon was named as such due it walking on the ground and its large well developed tail, which brings to mind an image of a pheasant.

The new pigeon can be found in the Brilliant Birds exhibit at RZSS Edinburgh Zoo, which is an immersive walkthrough aviary, showcasing exotic bird species from around the world, including the Bali Starling, Socorro dove and Victoria Crowned pigeon.

The attached photographs of the white-naped pheasant pigeon at RZSS Edinburgh Zoo should be credited to RZSS/Karina Bude.