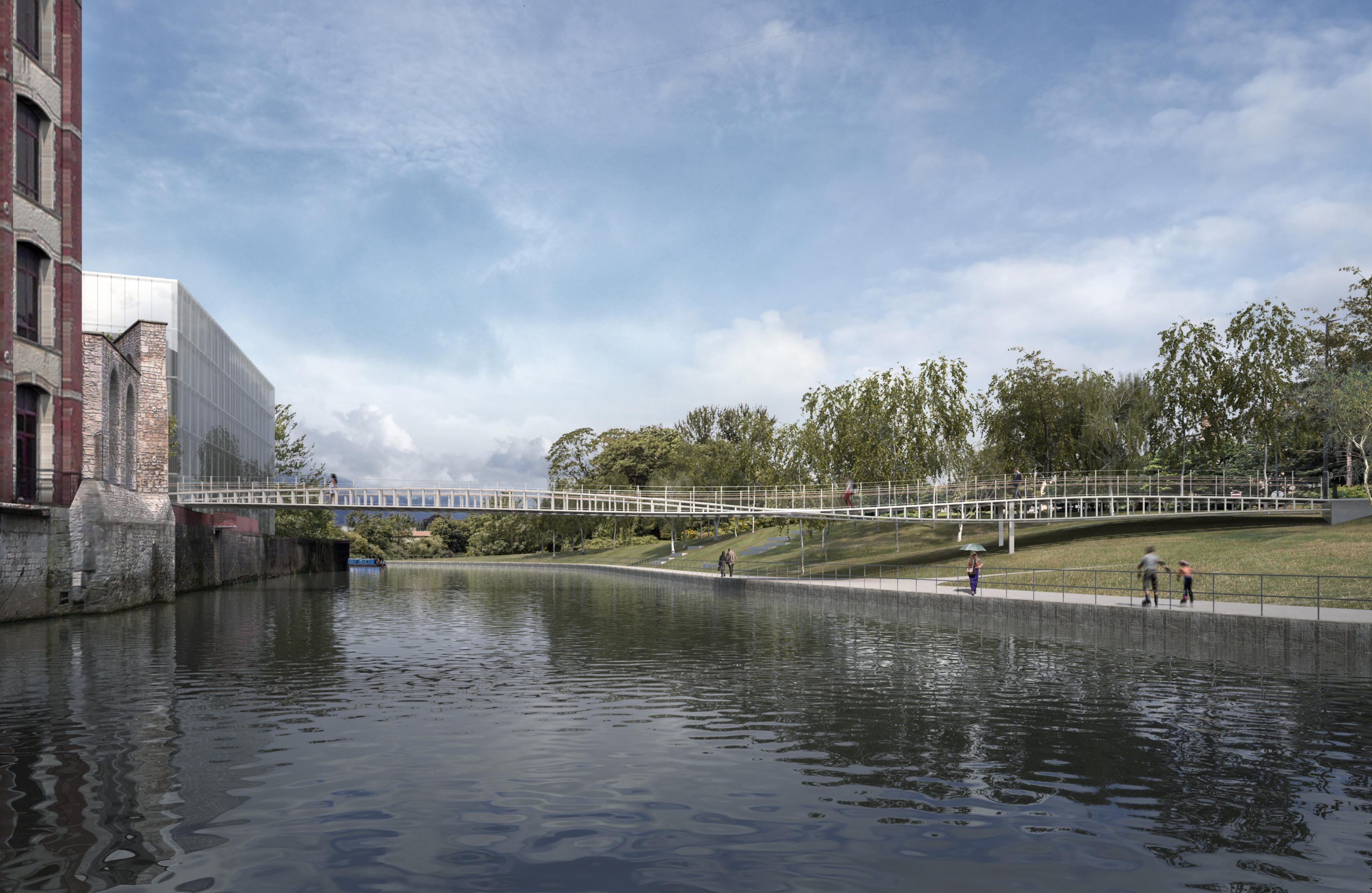 The winning design for the new pedestrian and cycle bridge is called ‘Between History and Modernity’ and was submitted by Paris-based engineering and architectural consultancy Marc Mimram.

The new Bath Quays Bridge will link the river from Green Park Road on the north side to the Newark Works buildings on the south.  It will create an attractive physical link between the new business developments planned in those two locations.

A panel made up of respected figures from the fields of bridge engineering and architecture, along with Council representatives, judged the designs. Feedback received during the exhibition of the designs also showed the Paris-based team’s design to be the public’s favourite.

Judges say they were impressed with the sensitivity of the design and particularly inspired by the bridge’s curving design and the unusual undulations of the deck.

Council Leader, Cllr Tim Warren (Conservative, Mendip), said: “The new bridge is an essential component of the Council’s plans to create a new business district, Bath Quays, in the city’s riverside quarter. A development of the scale of Bath Quays is a fantastic opportunity for Bath to reinvent a somewhat overlooked corner and connect it with the vibrant and beautiful historic city.”

Marc Mimram, Founding Director of Marc Mimram Architects and Engineers, said: “I have built bridges all over the world but it has long been my ambition to build in the UK and I’m excited to be doing so in Bath. The city’s history and relationship with the River Avon has captivated me since my first visit and it was this that inspired our design for the bridge. Bridges have the capacity to transform cities, to build not just physical ties between locations, but symbolic bonds within communities. While being firmly rooted in Bath’s history and landscape this bridge connects Bath’s two new business districts and allows the city to look forwards towards future growth and transformation.”

Alongside the formal international competition, local children were also invited to design their own concepts for great bridges.

Over 70 children came up with Bath Bridge Top Trumps cards featuring a range of innovative and creative designs.  All the entries have been made into commemorative sets of cards which will be given to everyone who took part.

Councillor Patrick Anketell-Jones (Conservative, Lansdown), Cabinet Member for Economic Development, commended the efforts of the young bridge designers: “Bath has a proud tradition of excellence in engineering and design. We have been impressed by the efforts of our young people and hope that some of them may go on to be the bridge designers of the future.”

The winners of the children’s Top Trumps were: