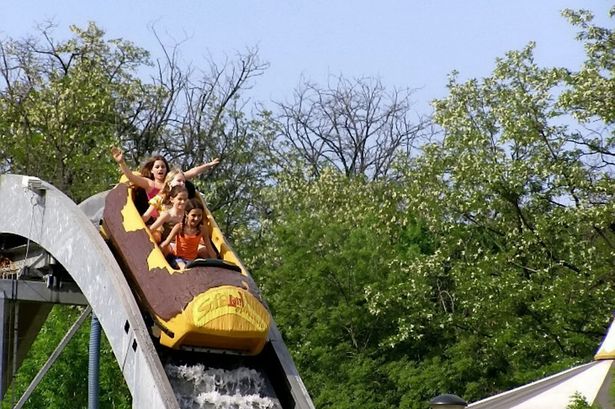 Summer has been ruined for a handful of would-be punters after an online auction for a LOG FLUME was cancelled.

The crisis-hit theme park Dreamland had listed an array of unique items for sale – including a log flume, a carousel and a eight giant Dumbo the elephants.

The listings were due to end on Friday, but Dreamland, in Margate, Kent, has cancelled the auction because the listings – which had no reserve – had not raised enough money.

Dreamland spokesperson Penny Shorricks said: “We were delighted by the amount of press attention that the auction received and due to this unexpected interest we have decided to delay the sale until later in the season.

“We believe we will be able to make even more money for Dreamland by creating an auction platform on our own website.”

But neither James Auctioneers, which is owned by Dreamland boss Eddie Kemsley’s husband, nor Dreamland would comment on exactly how much interest there had been.

The log flume was listed with without a reserve and a starting price of £25,000, and it has been suggested that it had failed to recoup even ten per cent of its original price of £245,000.

Other listings which were removed early included the flog flume carts, a pizza van, an ice-cream van, a children’s carousel, a giant eyeball and a red London bus.

The items, including the log flume, are set to be resold at an auction which will finish at the end of summer.

The flume has a footprint covering more than 2,500 sq/m, so is unlikely to fit in a standard back garden.

Bidding for the eight log-flume carts for the ride, which are being sold separately, is started at just £250.

The ride features two drops – a 6m one and a larger 10m drop – along the lengthy track, and was originally built in 2001.