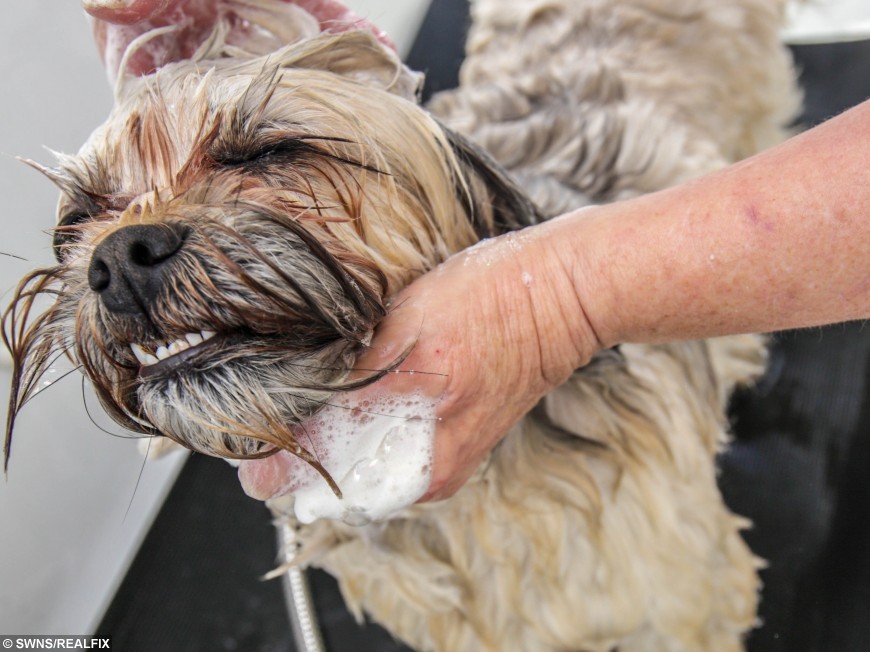 A dog grooming salon has been offering pooches the chance to show they are worth it with free pampering sessions – in a bid to help find the next canine reality star.

Auditions to take part in the first ever reality show for dogs are well underway with just one place left for the series – which will be based on an iconic British reality TV show.

But the twist is the show – whose format has yet to be revealed – will only feature dogs when it airs on YouTube next month.

Wagg Foods, which will host the show on its YouTube channel, want owners to upload their top dogs’ top tricks to the Wagg Foods Facebook page.

Carol Watts, owner of Heads N Tails dog grooming salon in Lofthouse, West Yorks, who has been getting the pooches primed for their TV debuts, said: “At Heads N Tails, all our dogs are stars so when I saw that Wagg was looking for a dog to feature in a real show, I couldn’t help but mention it to one or two of my clients.

“I would be so proud if one of our dogs made it onto the set of Wagg’s reality show, so I even offered to give free makeovers to those who wanted to audition.

“I’m surprised more parlours across the country haven’t done the same, anything to help our pooches make the big time.”

Heads N Tails made sure the dogs were looking their best before they made their way home to appear in their audition videos.

Doogle, from Wakefield, West Yorks, accompanied by his owner John, was one hopeful star undergoing a pampering at Heads N Tails.

John said: “Doogle has always been a bit of a show off, so I thought I’d give him a chance to put his money where his mouth is and see if he’s got what it takes to be a star.

“You never know, I might have the next Pudsey or Trip Hazard on my hands. Watch out Simon Cowell.”

Owners who want to put their dogs forward to take part in the reality TV show have until April 24.