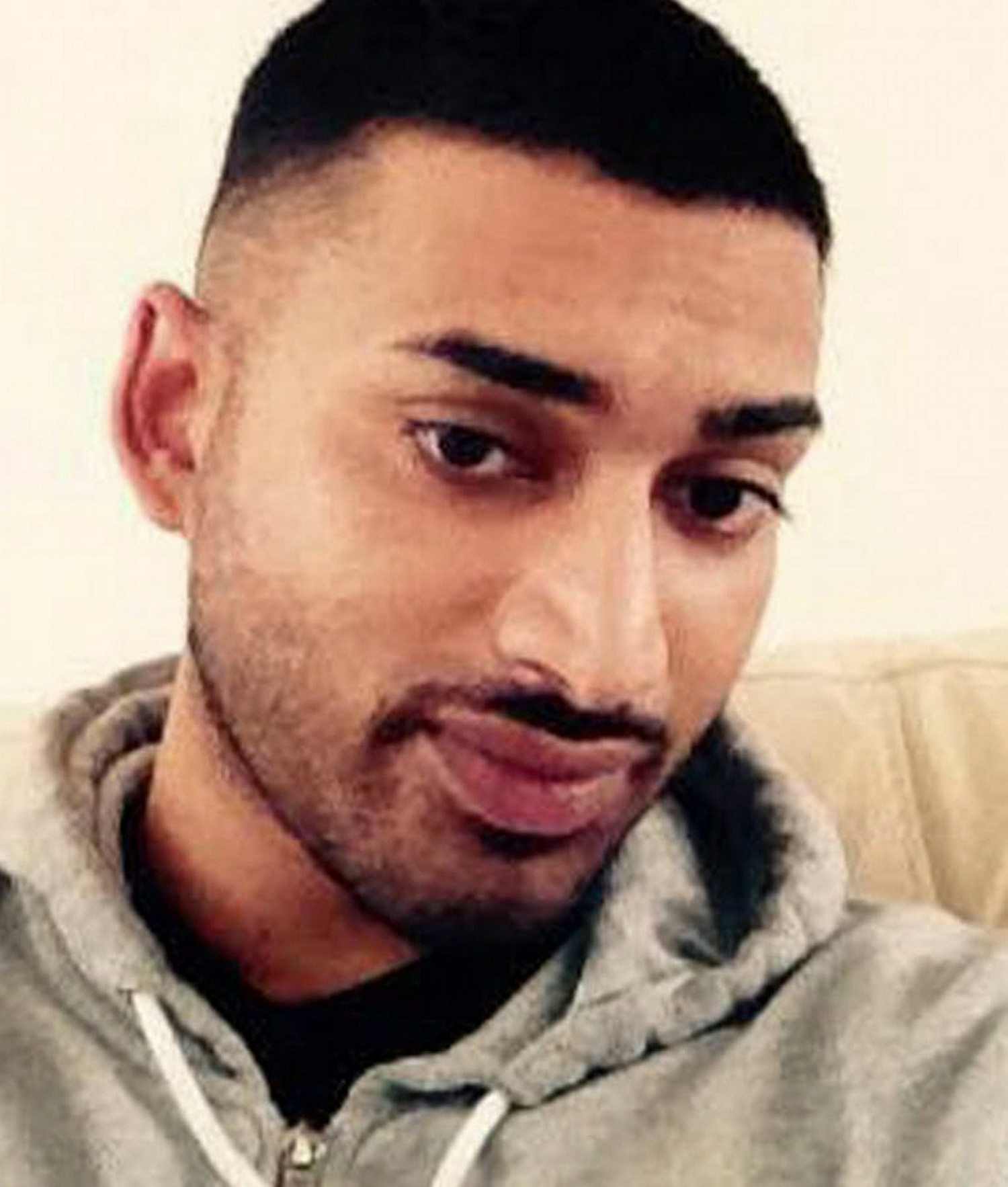 A 28-year-old man died in his mother’s arms after having his throat cut yards from his family home, neighbours said.

Sahil Roy was cradled by his sobbing mum following a “petty row” over £10 in Summerwood Road in Isleworth on Sunday afternoon.

Friends paid tribute to a ‘humble and friendly guy’ as flowers were placed at the scene of his murder and slammed his alleged killer as “some idiot who was carrying a knife.”

One witness said: “I just saw his mother with him in the road crying, holding his neck and head as he lay there in the road bleeding. It really was terrible.”

Friend Yj Burton said: “Such a shame and over nothing really. Now Sahil has lost his life and a family is in bits for a tenner.”

Close friend Hussein Malik, 29, said: “I grew up with him, we grew up on the same estate.

“He was just a really friendly and humble guy.

“He had a girlfriend and he used to play football. He worked hard at school. I think he had a job but I can’t think what it was.

“He’d lived on this estate all this life and we are just all still in shock. We can’t believe it.

“For this to have happened is just horrible.”

When asked if the argument was about money, Hussein added: “I wouldn’t believe what’s going round. A lot of it is just rumour.

“It was just some idiot who was carrying a knife.

“I know the guy who did it. He’s the one who’s been arrested. I think he’s stabbed other people before in the face but he hasn’t killed anyone.

“They knew each other but they weren’t long term friends or anything. His real name is Azim I think.”

One man, who didn’t wish to be named, watched paramedics attempting to revive Sahil from his window.

The 35-year-old, former French police officer, said: “My wife called me and told me to come home when she heard the helicopter.

“They were trying to resuscitate him for about an hour. For me, it looked like he was already dead. I could see blood all over his face.

“They weren’t doing anything else to try and help him – just CPR from what I could see.

“There was a man and a girl there, both looked like they were in their twenties.

“They could have been relatives. I saw them just standing and watching what was going on.

“Nobody was crying at that point. But then I saw them stop trying to do CPR.

“Then a police officer went over to talk to the girl. I assume he was telling her he had died.

“There was a woman who must have been looking out of the window who screamed at that point.

“I don’t know what it was about, but I wouldn’t have thought so many police would still be here if it was just about something like drugs.”