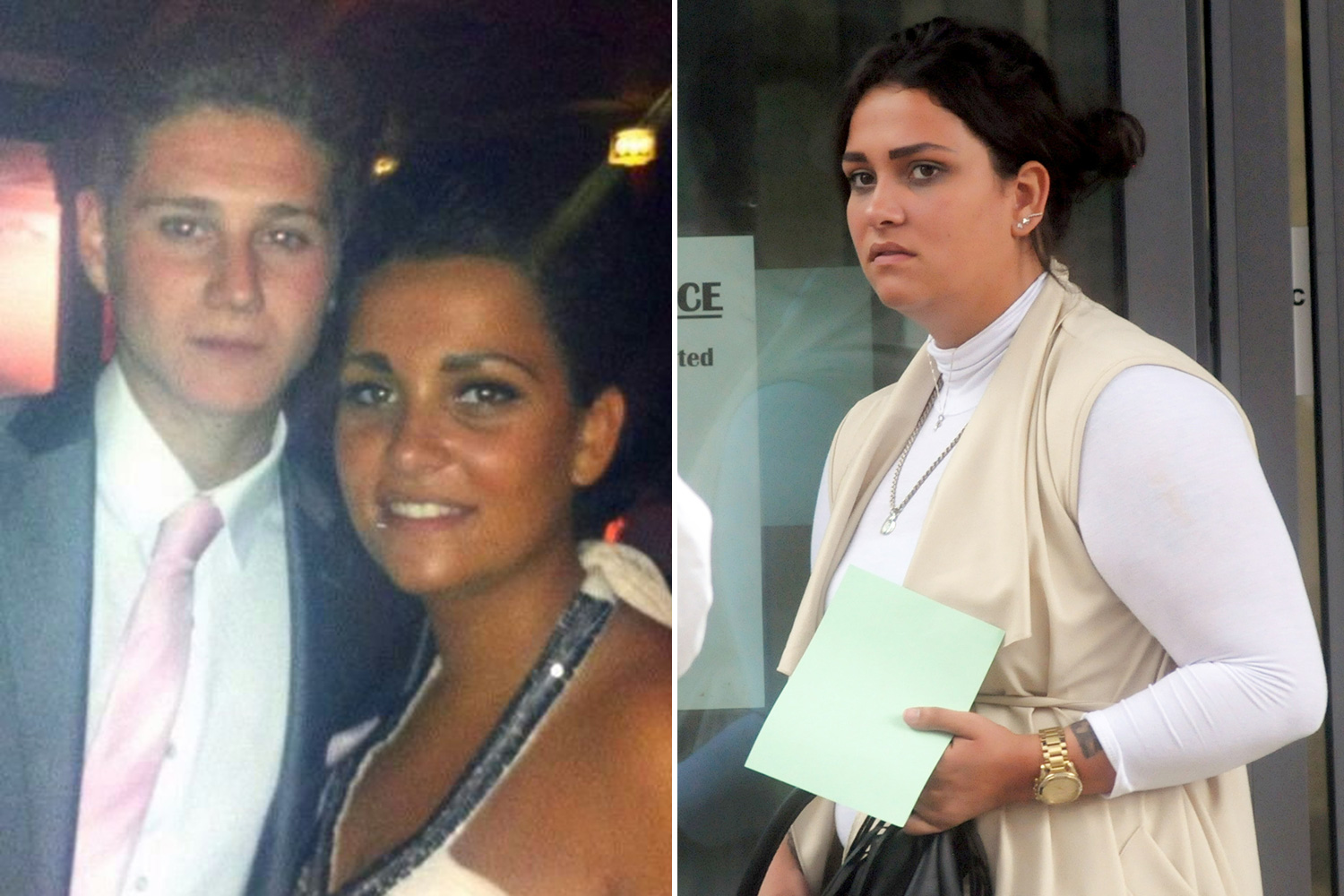 A young driver killed her fiance and father of their child in a horrific head on crash just 18 days after passing her driving test, a court heard yesterday (Mon).

Charlotte Wassell, 20, ploughed into a Vauxhall Vectra after losing control on a busy A-road, with her partner Kailen Spreadbury and nine-month-old son Freddie in the back seat.

She had been driving her Ford Fiesta at around 70mph when she careered into the central reservation but “overcompensated” when she tried to correct the steering.

Wassell has gone on trial of causing the death of Mr Spreadbury, 20, by driving carelessly, on March 1, 2014.

Opening the case, prosecutor Peter Clark described how Wassell’s actions caused the Fiesta’s rear end to swerve in an action called a yaw.

It ended up hitting the central reservation at a 90 degree angle and flew over the barrier in “mid-air.

Mr Clark said: “It would have looked to anyone at the scene as if it was flying through the air.

“Miss Wassell was a very inexperienced driver who only passed her driving test 18 days before this horrible incident.

“The collision happened because of careless driving. Driving that was below the standard expected and that tragically set a chain of event.

“The prosecution say, sad though it is, that is the inevitable conclusion.”

The car’s passenger side, where Mr Spreadbury was sitting, then hit a black Vauxhall Vectra travelling in the opposite direction.

Mr Spreadbury suffered multiple trauma, including a broken spine and organ failure, and was killed instantly.

The Vectra was being driven by Susan Fuller with Christine Wisby in the passenger seat, along the A1114 in Essex.

Mrs Fuller suffered a fractured sternum and shattered the bones in her lower arm in the crash.

Ms Wisby also fractured her sternum and broke one of her vertebrae.

Miss Wassell, from Chelmsford, Essex, was seriously injured in the crash and was placed in an induced coma while she recovered from serious internal injuries and a broken pelvis.

She has since recovered from her injuries.

The couple’s son Freddie, then aged nine months, was sitting behind his mother and only suffered minor injuries.

Addressing the jury, Mr Clark said: “The defendant is charged with causing the death of Kailen Spreadbury.

“She was then 18 and the deceased Mr Spreadbury, was 20. He would have been 21 in July of that year.

“They were a couple. They had a nine-month-old son called Freddie and Freddie was with them in the car.

“He survived the crash with just minor injuries and will be three this summer.

“Miss Wassell the defendant, incurred serious injuries as a result of this crash. At the time they were classified as life threatening.

“She has overcome these and is with us now. Two women were in the other vehicle also suffered serious injuries as a result of this incident.”

He added: “Having come along the route what happened the defendant’s car is a red Ford Fiesta.

“As the car approached the area where the two roads merge for an unknown reason the cars off side wheel struck the curb on the central reservation.

Mr Clark explained that although momentary the collision had grave impact.

He explained that Miss Wassell was interviewed by police when she was well enough and had “no recollection” of crash whatsoever.

This has been accepted by both sides and she will be asked no questions about the crash.

Toxicology reports showed that she had no drugs or alcohol in her system and that day’s weather played no role in the crash.

Both of the cars involved in the crash had no defects and there was no blow out of a tyre before the crash, according to the prosecution.

The central reservation barrier was examined and found to be slightly lower than it should have been but this did not have any affect on the crash.

The Fiesta was travelling at around or just below the 70mph speed limit on the road and there is nothing illegal in the speed Miss Wassell was driving.

Mr Spreadbury was a talented footballer, having played for Chelmsford City Colts and at West Ham United and Chelsea FC’s academies until he was 14.

Hundreds of people attended his funeral and memorial football tournament when it was held shortly after his death in 2014.

He was described as a “doting father” by friends and nicknamed Joey Baddow for his similarity to The Only Way is Essex star Joey Essex.