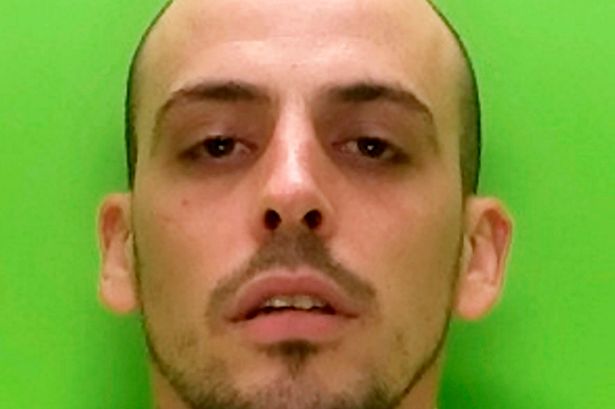 A rapist who attacked a woman on his birthday before researching how to cover up his vile crime has been jailed for 15 years.

Scott Southall beat and raped the victim on his 28th birthday before forcing her to have a bath in a bid to get rid of any evidence.

Southall battered the woman, in her 30s, before raping her at his home in Rutland Crescent, Harworth, Notts., on the evening of September 4, last year.

He beat his victim, who is in her thirties, around the head and face, before subjecting her to a violent sexual assault.

He then forced her to bathe and refused to let her leave his home until the morning.

Southall then researched on the internet about how to cover up a rape, and how to clean up blood.

But he was arrested an after a trial at Nottingham Crown Court was found guilty of rape, assault causing actual bodily harm (ABH) and false imprisonment.

On Friday (15/4) he was jailed for 15 years in jail for the rape, and a further three years each for the ABH and false imprisonment which will run concurrently.

He will also be subject to a Sexual Harm Prevention Order and will sign the Sex Offenders’ Register for life.

Detective Inspector Nikki Smith, of Nottinghamshire Police, said: “This was a brutal and prolonged crime in which Southall not only left his victim bruised and needing stitches but caused her to endure the psychological and emotional trauma of being held captive afterwards.

“If that wasn’t enough he then denied the charges and forced her to bear the turmoil of a trial and giving evidence.

“For all the work we did to secure this conviction, none of it would have been possible without the fantastic courage of the woman at the centre of this brutal crime.

“She has shown dignity and resolve in the face of great emotional strain.

“I hope this conviction has instilled in her the feeling of power and strength Southall tried so violently to take from her.

“Let us also not forget the significant impact this case has had on the close-knit community of Harworth.

“There are no winners here, but a 15-year jail term and restrictions on Southall’s freedom for life should provide reassurance that he is no longer a threat.”