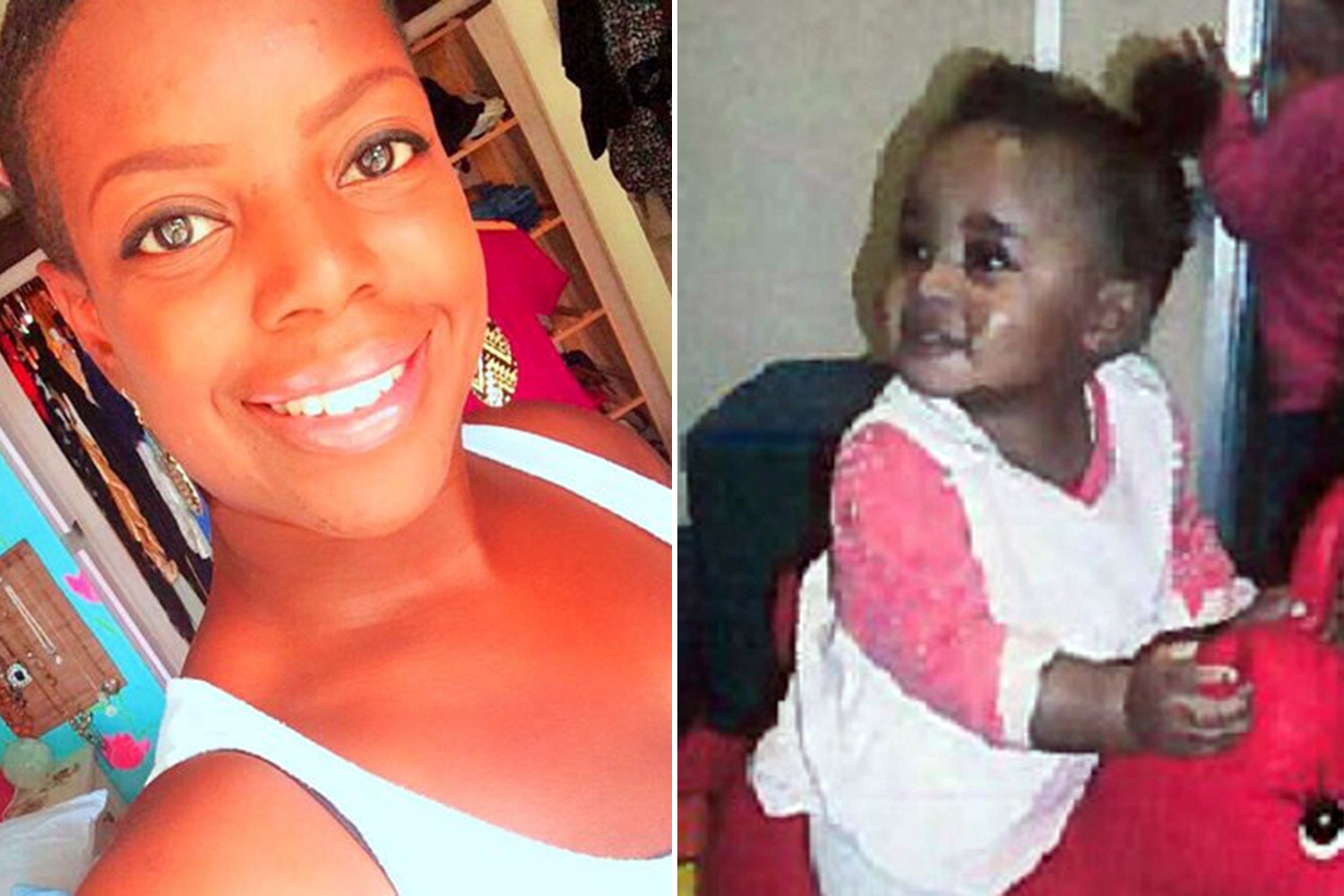 A mum battered her 18-month-old foster daughter to death which such force the tot suffered more than 90 injuries, a court heard yesterday (Thurs)

Kandyce Downer, 35, is accused of beating little Keegan Downer with such force she had broken legs and ribs, and suffered severe head and spine injuries.

The little girl, who was fostered by Downer after her drug addict mum was unable to look after her, died last September.

A post mortem revealed she had 91 injuries to her body, including 29 recent scars and marks to her head and neck.

She was rushed to Birmingham Children’s Hospital but was pronounced dead.

Mum-of-four Downer appeared at Birmingham Crown Court yesterday where she denies murder and causing or allowing the death of a child.

The court heard Keegan was born on March 9, 2014 and soon after was put into foster care.

In January last year she went to live with Downer, who was studying a full-time business course, who became the tot’s legal guardian.

He said: “That was the last time any professionals had anything to do with Keegan.

“Three months later on the morning of September 5 the defendant called 999 from her home address. She said: ‘My daughter is not breathing’ and was told to blow in her mouth.”

When paramedics arrived Downer told them she did not know when the toddler had stopped breathing because she had been in the bath.

Mr Power said: “The likelihood is that Keegan was already dead when paramedics arrived.

“A large number of people tried to save Keegan but it was already too late.

“Since she died an equally large number of people have tried to establish how in fact she died.

“The prosecution say the picture was one of repeated episodes of inflicted injury and apparent neglect.”

She also had bruises to both arms and her right leg. The court heard the injuries could have been caused up to a month before her death.

Mr Power said: “There were numerous old and new fractures to her legs and ribs and there was historic traumatic injury, possibly caused on more than one occasion, to her head and spine.

“The fractures would have caused pain and would have been obvious to anyone around her.

“All those repeated traumas ultimately caused Keegan to die from a combination of septicaemia, blunt chest trauma and old head injuries.”

Mr Power said Downer admitted having full responsibility for Keegan and that she was the “only one candidate” for causing the injuries over a significant period of time.
MFL – AFTERNOON EVIDENCE