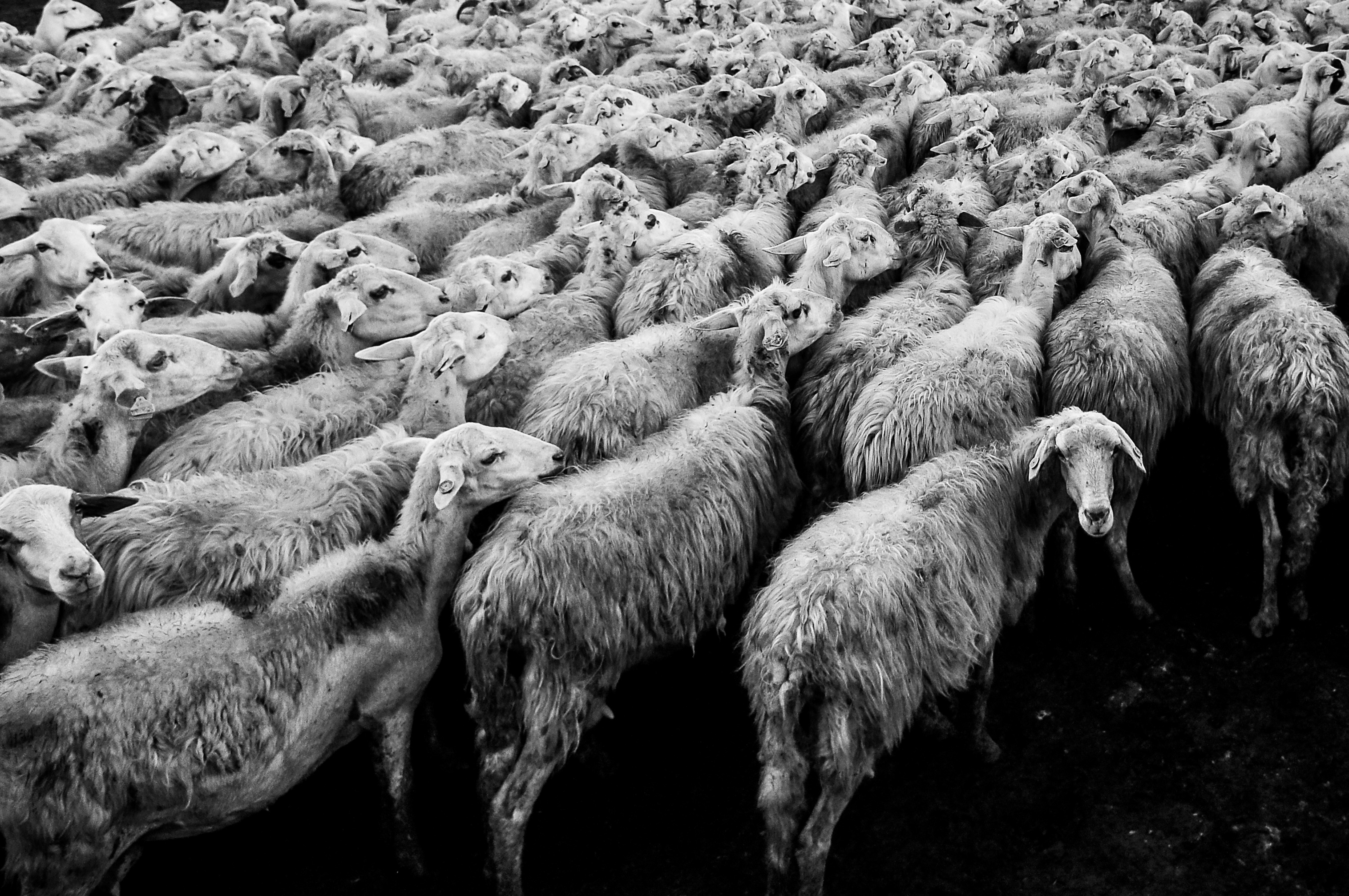 This is the hilarious moment a pensioner almost disappeared in a ‘sea of wool’ after she was swarmed by 175 hungry sheep.

Moira Collins, 65, was surrounded by a massive flock of ewes and lambs after she stumbled and dropped their food on the ground.

And daughter Donna Collins, 43, couldn’t help her at first as she was laughing so much.

Hilarious video footage shows Moira moving around the pen while leaning on the back of a black sheep that is trying to get its head in the food bucket.

Donna comes to her aid after a short period after she managed to compose herself.

Donna, who runs the Blackberry Farm near Dunbar, East Lothian, said her mum thought it was hilarious as well.

She said: “I told her to keep moving while she was in there but she stumbled and dropped the bucket.

“The sheep just went for and she ended up on riding on the back of a black ewe.

“She found it really funny as well and wanted to have a look back at the video afterwards.

“The sheep didn’t hurt her, she was absolutely fine afterwards.”