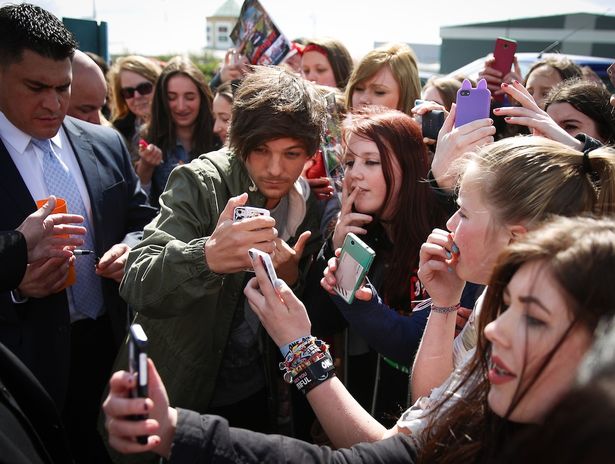 A judge who previously said he didn’t know what a onesie is has now told a court he’s never heard – of ONE DIRECTION.

Judge Ian Lawrie, QC, 55, was sitting in a case of three people involved in the sale of more than 1,000 T-shirts and hooded tops.

The 150K haul of goods included fake One Direction clothing featuring the faces of Niall, Liam, Harry, Louis and Zayn.

But despite selling millions of records worldwide the out-of-touch judge said he had no knowledge of the huge success of the group.

He told the court: “Don’t be surprised to hear that I have not heard of them.” JUDGE TELLS COURT HE HAS NEVER HEARD OF ONE DIRECTION

Referring to the famous classical composer, he then jokingly added: “I am more of a Bach man myself.”

In comical courtroom scenes, barrister Nick Lewin, for Ross, informed the judge: “They are absolutely huge. They are collectively worth about £70 million.

“If you have not heard any of their music, then your honour is definitely blessed.”

The trio in the dock were part of an operation which offered counterfeit garments for sale on Ebay for three years.

Clothes bearing false trademarks such as One Direction and Boy London were sold between 2009 and 2012.

Prosecutors at Plymouth City Council say that the operation netted the group £150,000.
Thousands of group-branded tops and T-shirts were sold at a price of up to £19.99.

But the gang was busted when test purchasers discovered the trademarked goods were counterfeit.

The operation involved a printing unit specifically designed to label clothing with a copy of a registered trademark.

Colley also admitted that he had been to India to source industrial quantities of material.

But he claimed he acted under the direction of another man who was arrested and questioned but later died.

Mr Lewin said that the garments were of good quality and eBay was full of comments from grateful customers.

Judge Lawrie presided over the hearing to decide the relative roles and profits of each defendant. They will be sentenced later today (Tuesday) but the judge has already said they will not be going to jail.

Colley and Strzelecka, both of Plymouth, Devon, had pleaded guilty to selling goods bearing false trademarks between July 2009 and July 2012.

Colley, Strzelecka, and Ross, of Newquay, Cornwall, all pleaded guilty to possession, conversion or transfer of criminal property, namely the proceeds from selling the fakes.

Judge Lawrie, in a separate case involving the sexual assault of a woman in bed, also previously admitted that he did not know what a onesie was.