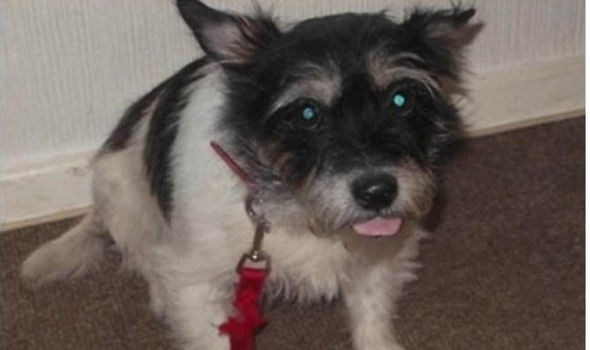 Britain’s most environmentally friendly dog which learned to RECYCLE has died – and his owner has posted a heart-breaking video of her final walk.

Fran Hodges, 51, dubbed her pet pooch Paris as a “one-dog recycling machine” after she began collecting rubbish on his walks – and learned which bin to put them.

Her antics collecting plastic bottles and pieces of litter while on walks saw her achieve international fame.

After collecting the discarded items Boxer Paris would take what she had collected back to her home, and put them straight in the correct recycling box.

Fran, from Bodmin, Cornwall, even created a Facebook page to highlight her dog’s unusual habit, which she likened to a real life Womble.

And she broke the sad news to Paris’ legion of followers that she had lost her battle with cancer and died at the age of nine.

This was posted alongside a video of Paris titled “One last play before sleeping” which was filmed in her final hours.

She wrote: “Today we have said goodbye to my amazing canine companion, Paris.

“The tumorous growths that have been appearing on her body over the past month and a bit have spread and broken out so much it was horrible to witness.

“I will miss her so much, but we have her wombling fame to remember her by. Sleep tight, Paris xx”

Afterwards, Fran said that Paris had been ill for some time.

She said: “Paris was an old dog who had through her strange habit of collecting recycling touched a lot of people’s hearts and minds both here in Bodmin and around the world, from America to all corners of Europe.

“She was a special dog to me and my family and we will miss her and her antics.

“Hopefully other pooches will carry on her good work.”

The Facebook page, titled ‘Paris Wombling Page – One dog against the litterbugs’,was regularly updated with Paris’ most recent finds, and has already proved popular.

Speaking about Paris’ unusual antics Fran said: “She insists on searching out plastic bottles, glass bottles, drink cans, plastic cups and wood – basically anything that is littering the roads we walk along.

“She then carries the object all the way around our route, however long, until we reach the recycling bins nearest to our home.

“She’s a bit of a celebrity with friends and colleagues.

“She’s done it since she was a puppy, but much more over the last six months. Every time she goes out she picks up something.”