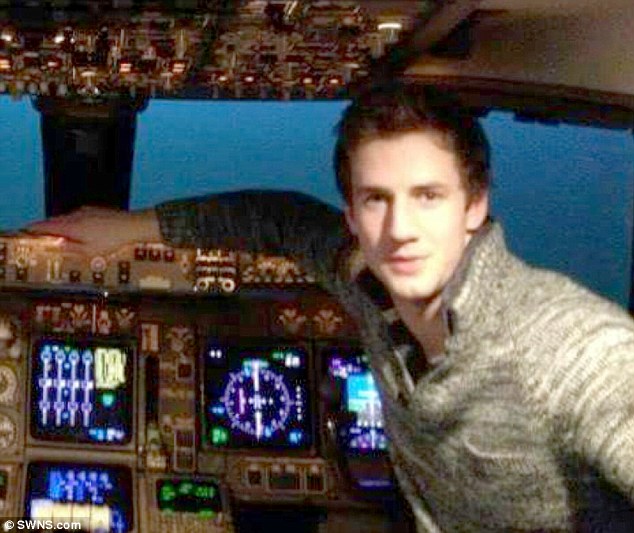 A trainee pilot died when he smashed his mother’s car into a stone wall at 69mph after he failed an aptitude test, an inquest has heard.

Tragic Nick Tarry was nearly three times over the legal drink-drive limit when he crashed the Ford Fiesta as he sped along a country lane.

Rescue teams dashed to Congleton Road, Stoke-on-Trent, at 4.45am on September 6 last year but were unable to save Mr Tarry who suffered catastrophic head injuries.

A post-mortem revealed Mr Tarry, of Knypersley, Stoke-on-Trent, had 219mcg of alcohol in his blood – compared to the legal limit of 80mcg.

His distraught parents discovered their son was dead after they stumbled across the crash site.

An inquest heard in the weeks before his death, Mr Tarry was about to lose his job as a business analyst and had also recently failed his pilot’s aptitude test.

She said: “I heard the car go off the drive. It was an NHS lease car and just myself and my husband are insured to drive it.

“We got up to find him and get him home. He doesn’t behave like that, it was so out of character for him and it was a reflection of how he’d been feeling.

“He wasn’t thinking straight. It was not the Nick we all know.

“He was in a bad place. Nick was devastated when he failed an aptitude test for his next level of flying.

“It just knocked his confidence completely as he’d set his sights on flying.”

The inquest heard Mr Tarry’s parents drove after him but as they returned they were forced to take a different route because of the crash near their home.

The couple only discovered the crash involved their son when police informed them of his death later that day.

Investigators believe Nick lost control of the vehicle and hit the stone wall at around 69mph.

Witness Paul Bryan, who was first on the scene after hearing the crash from a nearby campsite, said: “We heard a loud bang and then a series of other bangs. I went up to the road, where I could see smoke and parts of the car.

“I ran up to the car which was on its roof, pointing to the right hand side of the road. There was a lot of damage to it.

“I could see one person in the car, who was partly out of it, but still had a seatbelt on.”

Stoke-on-Trent and North Staffordshire Coroner Ian Smith said: “This young man of 24 had some issues and was about to lose his job and driving licence.

“He came back home in the early hours, clearly the worse for drinking and took the keys to a car he had no right to drive. He drove away at some excessive speeds in the hours of darkness.

“Excessive speed and drink caused him to lose control of the vehicle which flipped over and led to his injuries.”