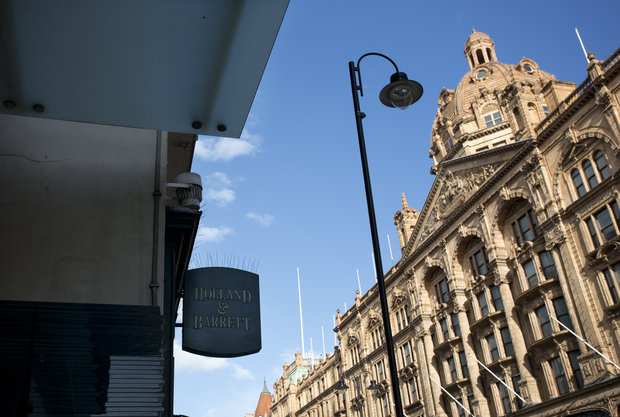 A branch of posh health food shop Holland and Barrett directly opposite Harrods was closed by the council for two weeks after a major mice infestation posed an “immediate risk to health.”

Environmental health officers found bags of food on the shop’s shelves and in the store room had been gnawed, along with left out rubbish bags.

There were also mice droppings on the floor and in front of a freezer and ‘a very strong smell’ of mouse urine inside the Knightsbridge store.

The infestation was discovered during a routine inspection in February and an emergency order forced it to close so pest control work could be done.

The chain was ordered to pay £4,313 in legal costs after Westminster Council issued a hygiene emergency prohibition notice.

Kirsty Panton, representing the council told at Westminster Magistrates Court photographs of the infestation which were not made public “speak for themselves.”

She said: “I won’t go into to too much detail, because the pictures speak for themselves.

“But, on February 17, officers found various foods on the shelves and in the store room which had been gnawed.

“They found mouse droppings on the floors and in front of a tall freezer.

“At the back of the premises, they found that bags of rubbish had been gnawed, and they found a very strong smell of mouse urine.

“When they began to move the boxes, it was clear that there was an excessive amount of mouse droppings.”

The chain did not challenge the notice and a spokesperson said: “We can confirm an isolated hygiene incident in our Knightsbridge store.

“When this incident was detected we immediately closed the store and launched a full and urgent investigation alongside work to quickly identify and eradicate the problem.”

Westminster Council spokesman Phil Scullion said: “We issued a Hygiene Emergency Prohibition Notice on February 17th, as a result of a mouse infestation at the Brompton Road branch of Holland & Barrett.

“Today, the council was awarded full costs, which Holland & Barrett did not contest.

“The hygiene notice is displayed publicly and, although we cannot say whether we will proceed to prosecution, it is not council policy to release the photos.

A store worker form the Brompton Road branch: “The store was closed for about two weeks.

“It reopened about two weeks ago.”

Under the 2013 Food Hygiene and Safety Regulations, a hygiene emergency prohibition notice is served by an authorised hygiene officer when there is an “imminent risk of injury to health”.

The effect of this notice is to “immediately close the premises, or prevent the use of equipment, or the use of a process or treatment.”

Under the law magistrates can either retrospectively dismiss the notice and award compensation for loss of earnings or grant it and award the council legal costs.