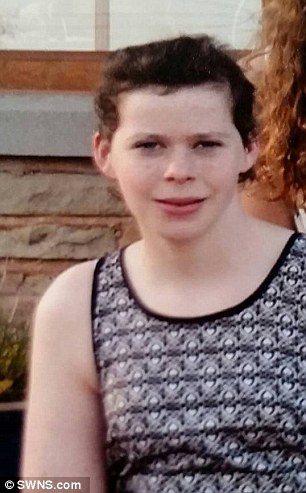 Police have launched an urgent appeal to find a missing vulnerable 14-year-old girl.

Sky Kirwan was last seen at her home on Wednesday evening and was reported missing yesterday morning (Thurs).

At first, her family thought she had gone to school but her uniform was later found at her home, in Staunton, Coleford, Glos.

Uniformed officers, police dogs and the Severn Area Rescue Association are currently involved in the search for Sky.

It is believed the youngster is in a vulnerable frame of mind and her disappearance is out of character, Gloucestershire Police said.

They are desperately appealing for anyone who may have seen Sky to get in touch.

She is described as white, 5ft 8ins tall and with brown shoulder length hair and a freckled complexion.

She was last seen wearing a green jumper with black leggings, burgundy/brown leggings and grey and burgundy Vans shoes.