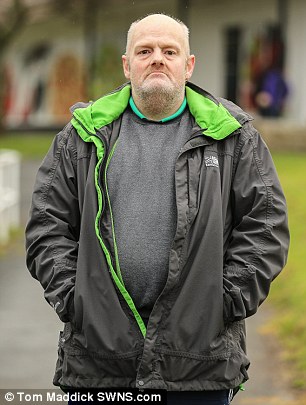 Five police officers were injured as they tried to arrest a man – leaving one female cop needing surgery.

Officers were initially called to a “domestic incident” in Plowright Close, Sheffield, South Yorks., yesterday (Wed), where an officer was assaulted as they arrived at the property.

The attacker then fled to nearby Co-op, where he hurled missiles at staff and customers.

Here, more officers were hurt when they attempted to arrest him. It is understood he managed to grab one of the cop’s batons and use it against them.

He was eventually arrested on suspicion of attempted murder.

A female officer injured will be operated on today (Thurs) as a result of her injuries.

Neil Bowles, chairman of the South Yorkshire branch of the Police Federation, which represents rank and file bobbies, said although the woman’s injuries were serious, they were not life-threatening.

Mr Bowles said: “This is an example of officers receiving a call from a member of the pubic and not knowing what they are going to face.

“One of these officers needs to have an operation, today. We are fortunate that we are not looking at something even more serious.

“We have training and processes to follow but the fact remains that if you don’t know what you are facing there is always going to be an element of doubt when you turn up for a job, but officers have a sense of duty – they are there to protect the public, themselves and their colleagues.”

Meanwhile, rumours circulated on social media with locals saying a man was wielding an axe, with one writing on Twitter: “(@courtneyvanes) Some crazy axe man on loose today, Sheffield u never cease to amaze me (sic).”

Liam Keyworth (@Sylence01) also wrote: “What the actual f*** is happening to Sheffield at the minute. Murder here, axe wielding maniac there. Sometimes I hate this city and humanity.”

An eye-witness – who feared for her own life – said the man started “smashing bottles and cans and throwing cans at the shop manager”.

Adding: “A copper was screaming on the floor with blood all over him.”

She said another team of five officers then entered the store an used an incapacitant spray to restrain the man.

Describing the situation, Chris Wright (@chris_swfc1) posted: “I was next door to where you officer received treatment on gleadless tonight hope the officer has a speedy recovery.”

“The Sheffield PC suffered multiple serious injuries while responding to a domestic incident in Plowright Close at around 7.50pm last night (Wednesday 13 April), where a man was reportedly armed with an axe.

“The PC and a second male officer were injured as they made attempts to arrest the man.

“Then three other officers, all men, were also injured as they arrested the man, in his 30s, inside the Co-op store, in Blackstock Road, on suspicion of attempted murder. He remains in custody.

“There was a significant police presence in the area overnight and cordons are still in place at the scene. We’d like to thank residents in the street and close by for their patience.”