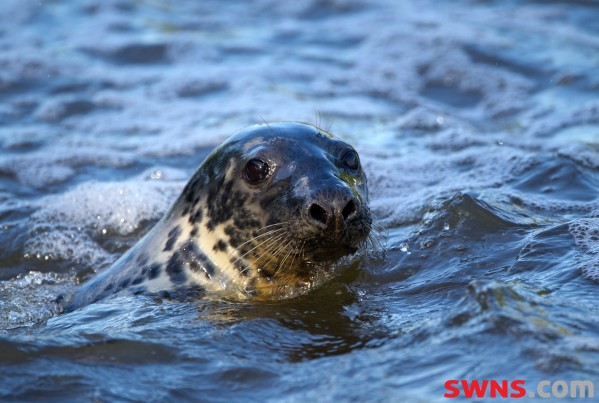 A seal had to be rescued from a Scottish beach after becoming tangled in a fishing net.

Animal rescue officers came to the bull grey seal’s aid after being alerted to it on Tuesday.

The centre’s chief inspector John Carle and animal care assistant Kyle McWhirr cut the seal free from the netting and it has since been returned to the sea.

John said: “The amount of netting tangled around the seal’s neck was the largest I have ever seen.

“He was so large and heavy it took three of our officers to lift him and take him to our centre in Drumoak where we cut the net away.

“If he hadn’t been discovered and freed the net would eventually have cut through his skin which could have resulted in septicaemia or other infections.

“Thankfully there were no injuries in this case and we were able to release him relatively quickly.

“It was a lovely moment watching the seal heading back into the water.

“This was a very happy ending and we’re so glad we were able to help.”