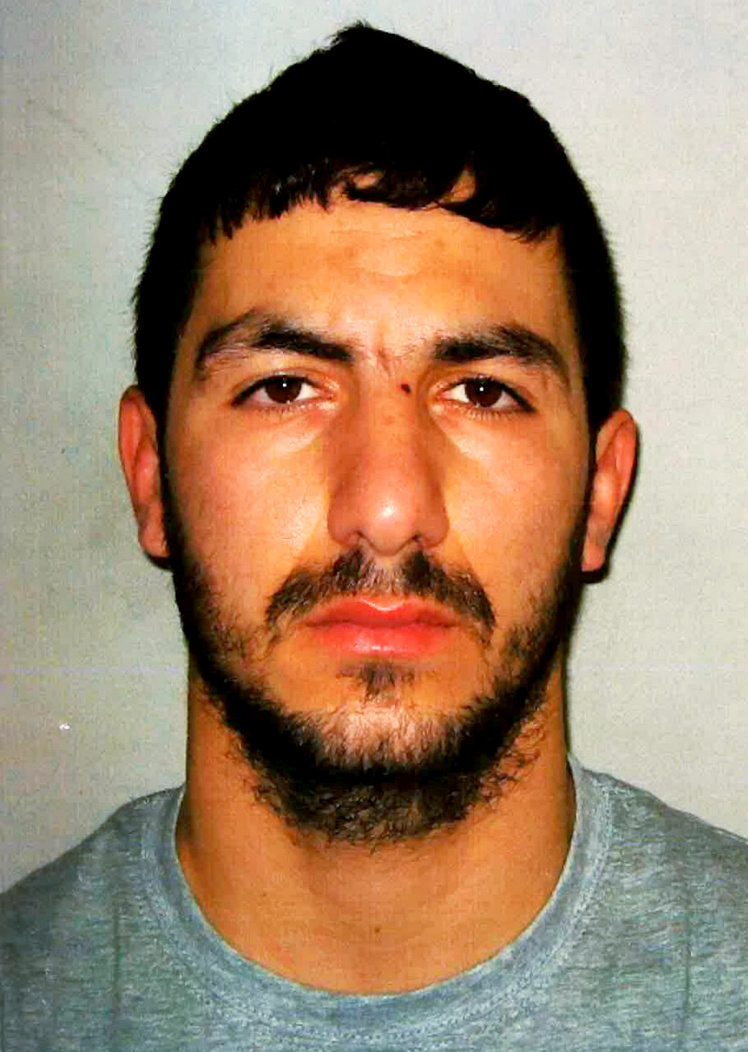 Algerian national Mehdi Midani, 28, had only been in Britain for a few months when he terrorised the south London suburbs of Clapham and Brixton.

He attacked eight young women in just 10 days last October, including one on Halloween.

Midani followed some of his victims home before pouncing on their doorsteps.

All his victims were in their 20s or 30s and were walking home alone at night.

Midani first struck on October 22nd last year when he tailed a 32-year-old woman and reached up her dress, only running off when she shouted “what the f*** I don’t know you.”

Four days later, he approached another woman, 35, as she was opening her door and pushed his hand up between her legs through her tights.

Just over an hour later, he was captured on CCTV as he assaulted a 26-year-old woman outside her home.

Describing the attack, prosecutor Charlotte Chirico said: “The third victim was on the same day as the second victim at approximately 8pm, only an hour later.

“She approached her door in the Clapham North tube station area and this incident is slightly more brutal than the other two.

“She she was grabbed aggressively in her vaginal area with both hands, then dragged to the floor.

He grabbed a 28-year-old woman as she walked home along Southwell Road, Brixton, before she screamed and he fled the scene.

Later that night, he grabbed a 29-year-old woman as she approached her home in Doverfield Road, Brixton.

An hour later, Midani pushed a 31-year-old woman into a nearby block of flats and sexually assaulted her, before he left the scene.

Just over an hour later, he attacked a 32-year-old woman in Coldharbour Lane, Brixton, by putting his hand up her skirt.

Regarding one of the victims from October 28th, Ms Chirico said: “The defendant grabbed her buttocks and growled at her allegedly.”

On Halloween, Midani approached another lone woman and slapped her bottom repeatedly. He fled when the victim called for help.

Following a public appeal, Midani, who had only been in Britain a few months after arriving via Ireland, was arrested on November 2nd last year.

He was found guilty at Inner London Crown Court today (WED) of six sexual assaults following a week long trial. He had already admitted a seventh count. He was also found guilty of one count of common assault.

He was remanded in custody and is due to be sentenced next month.

Investigating officer Detective Constable Tony Carr, of the Met’s Serious and Complex Case Team – part of the Sexual Offences, Exploitation and Child Abuse Command, said: “Midani caused enormous fear and distress to the local community as he carried out his spate of attacks, with four recorded in just one day.

“A public appeal was crucial to our investigation and led to information being provided that quickly led to Midani’s arrest.

“I would like to thank the local community for their support and help during our inquiry and hope they are reassured by the news that Midani has now been convicted and faces imprisonment.”