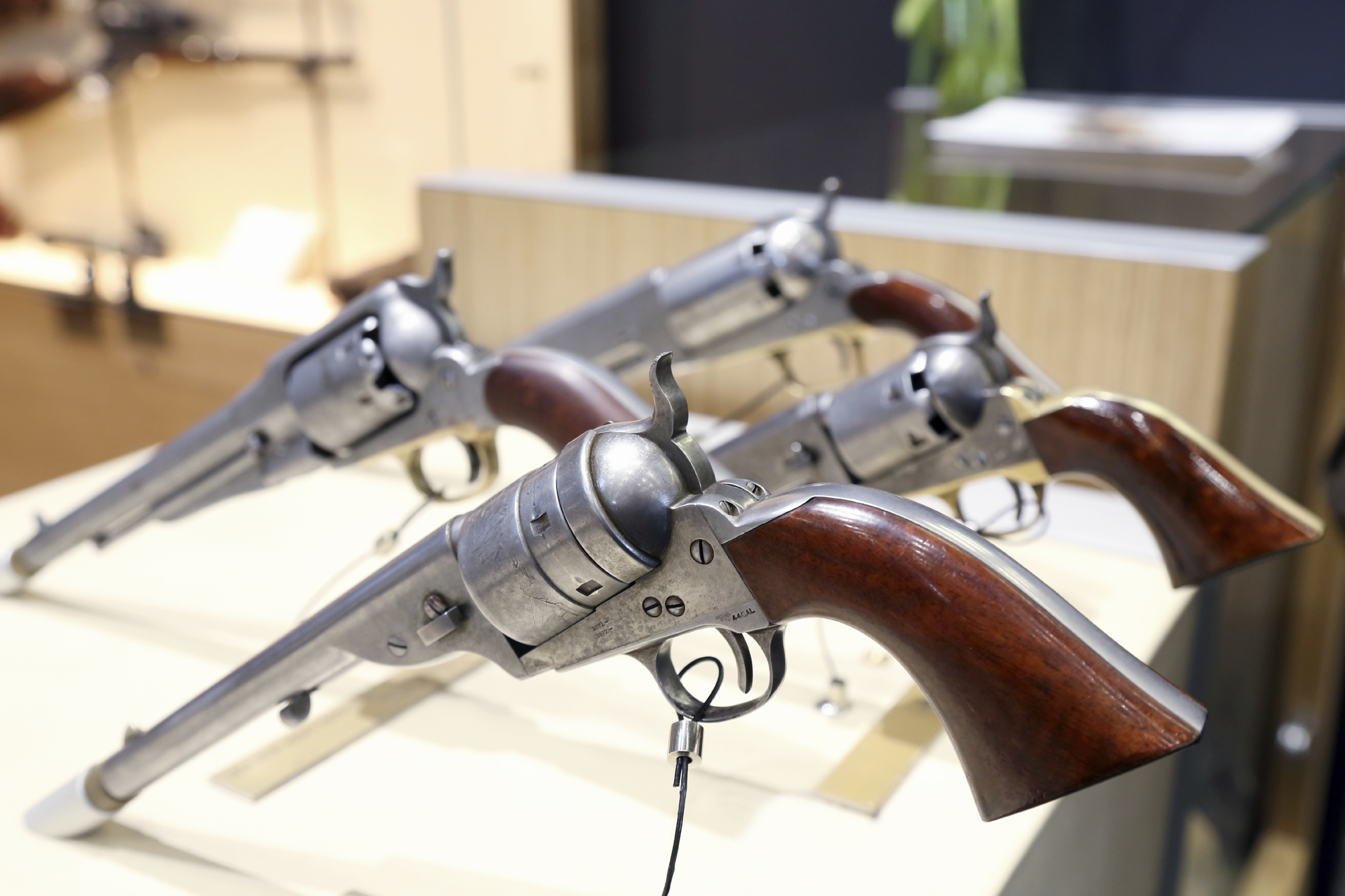 A special pair of pistols made by Napoleon’s gunsmith and gifted to the revolutionary Simon Bolivar are expected to sell for almost £1.8 million.

He was given a pair of pistols in 1825 by Marquis de Lafayette, a general and key figure in both the American and French Revolutions.

The handguns, which were made by Nicolas-Noël Boutet of Versailles, Napoleon’s official gunsmith, are set to become among the most expensive weapons sold at auction.

They have been given a guide price of £1 – £1.8 million by Christie’s ahead of its Exceptional Sale on April 13.

Bolivar was born in Caracas, Venezuela, in 1783 and travelled to Europe as a young man, visiting Paris in 1804 when Napoleon was coronated.

A year later, in Rome, he made the promise that he would not rest until he had “broken the shackles” which binds his homeland to Spain.

He ended up gaining independence for Peru, Colombia, Panama, Ecuador, Venuzuela and Bolivia, which was named after its liberator.

History regards Bolivar as one of its most important revolutionaries and he is known as the George Washington of South America.

It was between 1810 and 1825 in a series of hard-fought and bloody but brilliant military campaigns that he freed the countries from Spanish rule.

Christie’s has described the “extraordinary” pistols as a “living artifact of the idealistic fervor of the Enlightenment as embodied by Simón Bolívar”.

The auction house regards the weapons as being part of an “elite group of firearms made as important diplomatic gifts utilising the finest possible materials and craftsmanship”.

Becky MacGuire, sale director of The Exceptional Sale at Christie’s, added: “We are thrilled to be offering this historic pair of pistols.

“Made by the premier gunsmith of the era, the finely wrought pistols, richly embellished in silver and gold, were presented to Simon Bolivar in 1825,when El Libertador reached the zenith of his amazing accomplishments – a tribute from the aging Marquis de Lafayette to the ‘George Washington of South America’.”