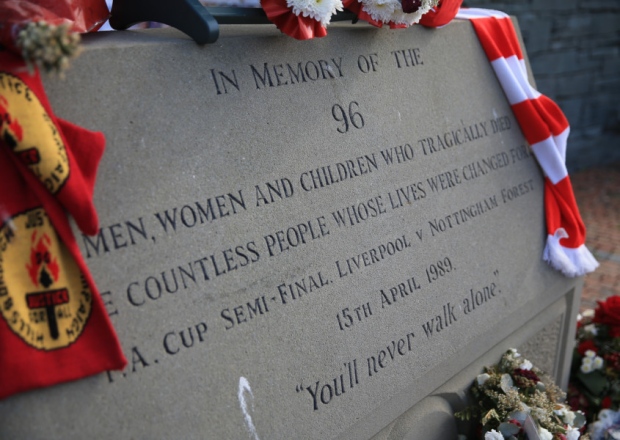 The Police and Crime Commissioner for South Yorkshire has admitted there is “nothing that can do justice to the magnitude of failure” in the wake of today’s Hillsborough verdicts.

In a statement released after a jury in Warrington returned verdicts of unlawful death for all 96 victims of the football disaster, Dr Alan Billings, South Yorkshire Police and Crime Commissioner, said he hopes the verdict will answer questions of what happened in 1989.

He acknowledged: “South Yorkshire Police failed the 96 families in 1989. The Force has today, quite rightly, repeated the apology it made in 2012.

“There is nothing that can do justice to the magnitude of the failure.

“We can only hope that these verdicts today contribute in some way to the healing that the grieving families need and that has been denied them for so long.

Dr Billings said: “My first and last thoughts are with the families. They have waited a very long time to know what happened to their loved ones at Hillsborough in 1989.

“This has prolonged their grief and everyone in South Yorkshire is truly sorry for that. I hope that what they have heard over these past two years has helped their understanding and that this will now bring a measure of healing for them.

“As it happens, I was at Hillsborough on the day of the disaster. Along with others, I had answered a call for clergy and social workers to go to the Hillsborough Boys’ Club, where we were assigned to bewildered and frightened families looking for their relatives who had been in the ground. We gave what pastoral help we could.

“For that weekend I shared vicariously in the emotions of the families and hope that this verdict will allow them to feel that what they have always wanted – to know exactly what happened that day – has now been accomplished.

“I must also think about the impact this verdict will have on the morale of today’s Force and the on-going implications for policing.

“Most of the men and women who serve in South Yorkshire Police today were not serving in 1989. But they feel under the same censure and it is a big burden to carry. It is not the only burden from the past that the Force has.

“My task is twofold: to ensure that past errors are admitted and the Force learns what needs to be learnt; but also to continue to encourage today’s Force to work to the highest of standards, since that is the only way they can accept the past while not being overwhelmed by it.

“I now want to work with the Force, the Home Secretary and Her Majesty’s Inspectorate of Constabulary to take forward South Yorkshire Police over the forthcoming years and to continue to develop the qualities and culture within the Force which will help to ensure that nothing like this can happen again.

“Finally, I would just like to acknowledge, once again, the families who have waited such a long time for this to come to a conclusion.

“These verdicts will never change the terrible loss that they have suffered, or the years of waiting for resolution, but I hope they now feel thatthey have some closure to what has been a very long and traumatic process for them.”