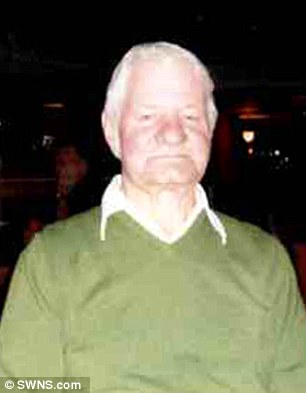 Dad-of-one George Griffin, 71, was admitted to the hospital after suffering pains relating to dehydration.

The former factory foreman, who had been battling bladder cancer, was hooked up to an IV drip at Walsall Manor Hospital, West Mids., to drain excess fluid given to him by staff.

But the tube was removed and was not replaced for two days, meaning he could not pass fluids which led to him suffering a fatal heart attack in December 2011.

His widow Joyce instructed Birmingham lawyers Irwin Mitchell after the tragedy and has now won an out of court settlement from Walsall Healthcare NHS Trust.

But the Trust, currently in special measures, has not admitted liability, despite the Health Service Ombudsman highlighting a number of failings.

Joyce, from Willenhall, West Mids., said: “We have really struggled to come to terms with George’s death as it was so unexpected.

“We were married for 47 years and he was my best friend – it is very difficult for us to be without him.

“We are so disappointed with the treatment George received at Walsall Manor Hospital, we will never forget what happened to him and the memories are so vivid and I feel like they will stay with me for the rest of my life.

“I have lost all faith in the hospital and even though it is the closest one to me I would never willingly go back there.

“As a family we are incredibly upset that the NHS Trust didn’t admit responsibility for any element of George’s care or death.

“But we hope that highlighting the problems he had at the hospital will ensure that lessons are learned and no other families will have to be put through such a horrific ordeal.”

The failings identified by the Ombudsman included a delay in replacing the IV tube – called a nephrostomy – which led to complications with fluid management.

The watchdog also said the pensioner was given too much fluid over a 48-hour period, making it more difficult for him to breathe and putting more strain on his heart.

The family’s solicitor Eleanor Parkin, said: “It is disappointing that the NHS Trust did not make any admissions as to the problems with his treatment, prolonging the legal battle and the pain and suffering Joyce and his family have been through over the past four years.

“But at least now they have some closure over what happened.”

Mr Amir Khan, Medical Director at Walsall Healthcare NHS Trust, said: “We would like to express our sympathy to the Griffin family and offer our sincere condolences for the loss that they have suffered.

“The Trust always endeavours to provide the highest quality of care to all of its patients.”