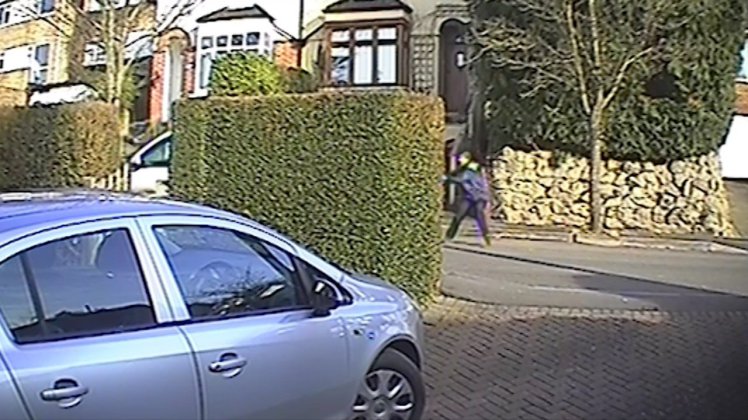 This is the moment a young courier was hit with her own van as she bravely tried to stop a sneak thief from stealing it.

The 22-year-old had left the keys in the ignition of her white Ford Transit as she delivered a parcel in Biggin Hill, South London.

But she approached the property, an opportunist thief jumped into the unattended van and tried to drive off.

The woman dashed back and stepped into the road but the thief hit her at speed and sent her flying into the air.

She was left with a shattered kneecap and broken ankle requiring multiple operations and a lengthy stay in hospital.

Police have just released CCTV of the incident which happened on January 21.

The van was recovered the same day five miles away in Orpington, Kent.

Detective Constable Chris Taylor said: “We would like to speak with anyone who has any information, who may have seen the van or anyone who was in the Sunningvale Avenue, Loxwood Close or Waldens Close areas in the early afternoon of 21 January.”