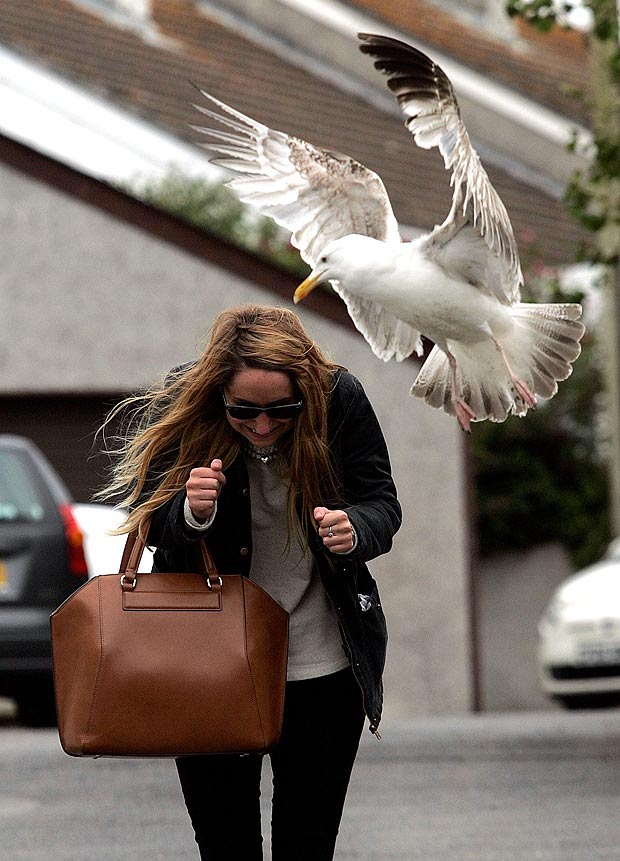 A woman was left terrified and dripping in blood after being brutally attacked by a seagull – in a LAND-LOCKED town.

Jessica Charles, 22, was shocked when the gull swooped for her biscuits as she walked through Worcester, which sits over 80 miles from the coast, at 2pm on Monday (11/4).

Jessica, a theatre marketing assistant from Evesham, Worcs., said: “I was on a late lunch break, just walking through Angel Place towards the library.

“I was eating a biscuit and it came down from behind me, the first I saw of it was when it brushed down my right shoulder.

“I literally had no warning at all, its body and wings were flapping around my hair and the next thing I know there’s this sharp scratching pain in my hand.

“I looked down and it had cut me in two places and there was blood, it was horrible.

“I’ve heard of seagull attacks at the seaside but not here – the fact it drew blood from me is quite shocking.

“I was shaken and upset by it, I felt quite embarrassed but it all happened so quickly.

“I had to go back to work and someone trained in first aid put a swab on it and a plaster, I was worried about infection and things like that.

“I won’t be doing it again and I know others won’t be walking through town with food again.”

Worcester City Council has spent over £5,500-a-year on trying to tackle its gull problem, paying a contractor to place fake eggs on roofs to deter the birds from nesting.

Councillor Andy Roberts, cabinet member for a cleaner, greener and safer city, said:
“I’m told by the professionals that the numbers have fallen, but from my experience it seems there’s more this year than ever – at the end of the day both of those could be true.

“What this woman is saying from her pretty dreadful experience is right, if people feed them it’ll only get worse.”