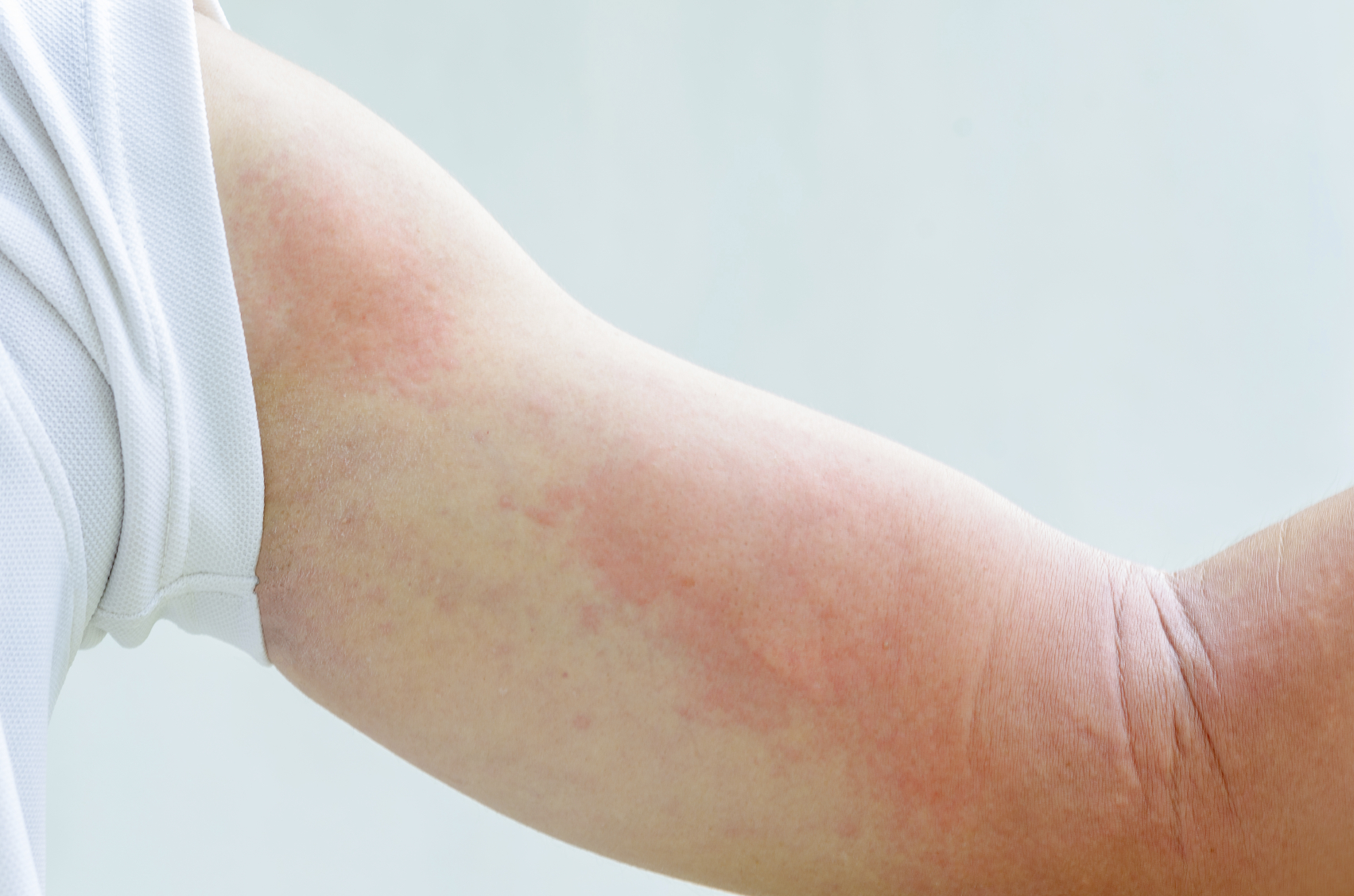 A beauty blogger covered her face in make-up that made her own skin condition look worse – to raise awareness for rosacea.

Sarah Jagger, 37, took to the streets of London to ask people about their experiences with the condition which makes skin look flushed, blotchy and sore.

One in ten Brits suffer from the illness which can result in painful lesions, but only one in 600 are actually diagnosed each year.

Sarah, who suffers from rosacea herself, works as a beauty blogger and make up artist and said she spends a lot of time covering up her own condition, but now she wants to make people more aware of it.

Sarah, of Clapham, south London said: “I did my make-up as if I was having an aggressive flair up, to make it look like one of the worst outbreak I’ve had.

“I was fascinated to find out that nobody I spoke to knew what it was.

“I can give a million tips on how to cover it but what I was interested in was raising awareness and that there is something people can do about it.”

Often men and women that suffer from the condition look like they have permanently flushed cheeks or a red nose indicating that they drink a lot.

Her campaign, Experience My Rosacea, saw the blogger asking passers by on the street what was wrong with her skin – accompanied Dr Dawn Harper of TV show Embarrassing Bodies.

Sarah, who did the social experiment on April 20, said: “We asked members of the public what they thought was ‘wrong’ with my skin.

“We were astonished to discover that very few people knew what rosacea was and most thought I was either sunburnt or experiencing some sort of allergic reaction.

“Many concluded that it was ‘normal’ to have an inflamed, red complexion and believed it to be part and parcel of being fairer skinned.”

For Sarah, there is not one thing that triggers it, but said her face has remained red after spending time in the sun, doing exercise, being in air conditioning or even feeling a little unwell.

Sarah said people aren’t aware that anything can be done about it, but in reality a simple doctor’s visit could be enough to treat it.

She said: “I didn’t realise before doing this that you could go to your GP and get a prescription.

“You can get a prescription gel which takes away the redness in the skin – I’m going to go and do that myself.”

In a recent US study 95 per cent of rosacea sufferers said they had known little or nothing about its signs and symptoms before their diagnosis.

Dr. Richard Gallo, chief of dermatology at the University of California said: “Researchers are now making steady progress in defining potential causes of the disorder, which may provide a foundation for significant improvements in its effective control.

“Nevertheless, translating those scientific advances into effective therapy will be for naught if those who suffer from the disorder fail to realize they have a medical condition that can be treated.”

“The good news is that rosacea can now be effectively controlled with medical therapy and lifestyle changes.”