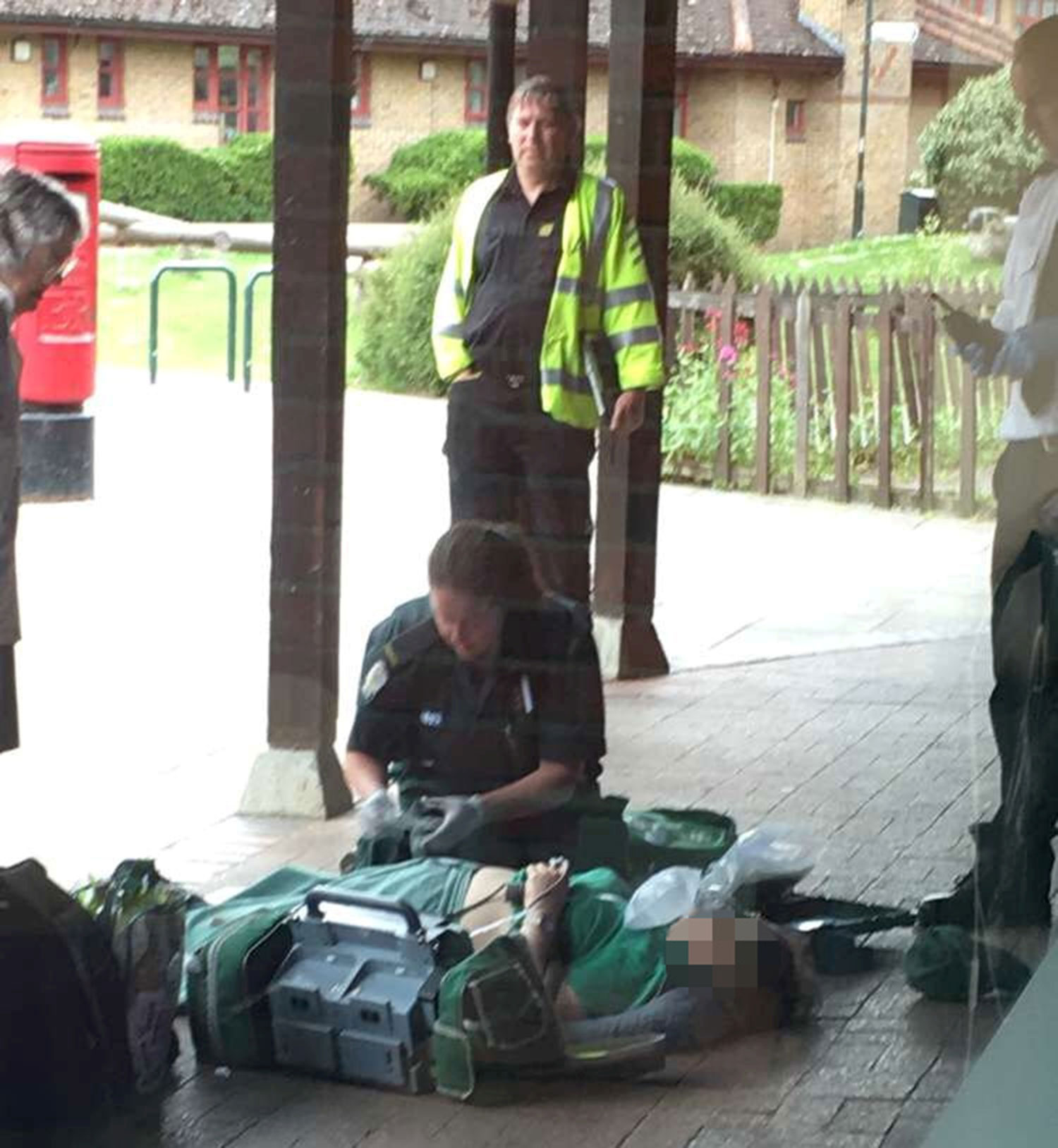 Neighbours of the most seriously injured of four women stabbed repeatedly when a knife maniac went on the rampage in a supermarket car park said she is she is “stable” in hospital but is in “no position to come home.”

The next door neighbour of 62-year-old Janet Morsy (CORRECT), who was one of four women stabbed outside Sainsbury’s in leafy Hampton, south west London last Friday morning, said her condition had improved, but her family were maintaining a vigil at her hospital bedside.

The man in his 30s, who did not want to be named, said: “I haven’t heard from the family, but I know she’s in no condition to come home just yet.

“Apparently she is stable, but that’s all I know at the moment. I don’t know what’s happening with the police investigation and, to be honest, I don’t think the family know anything new either.”

Police said three other women injured during the bloodbath – aged 53, 67 and 71 – stabbed in their legs, chest or back as they walked to the store or got out of their cars are also “stable” in hospital.

* Ethem Orhon, 66, of Deacons Walk, Hampton, appeared in custody at Wimbledon Magistrates’ Court on Saturday, charged with four counts of attempted murder and one count of possession of an offensive weapon. He was remanded in custody to appear at Kingston Crown Court next month.