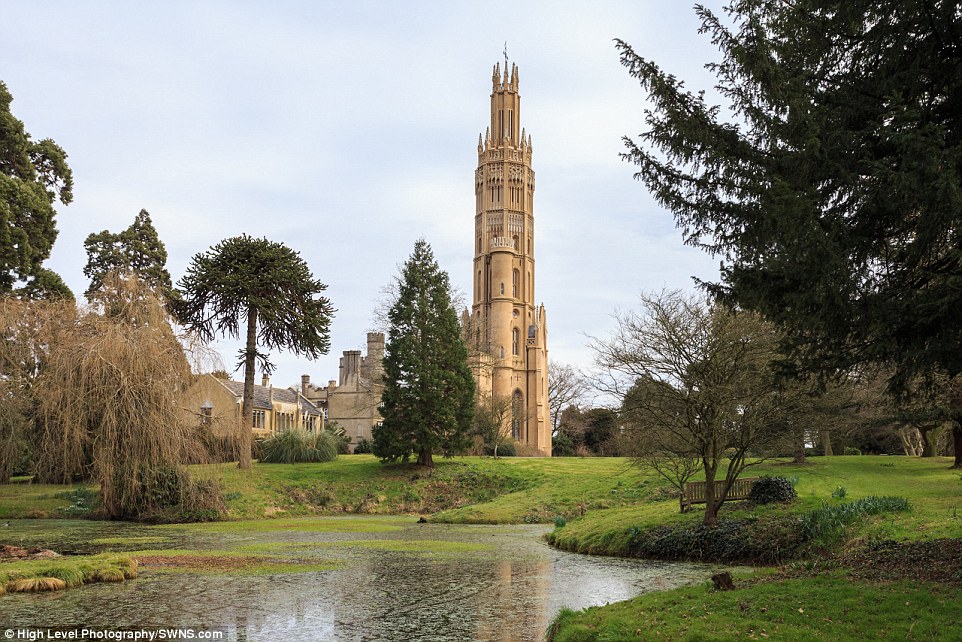 A real-life ‘Rapunzel tower’ built to house a cheating wife in 1838 is up for sale as a luxury home – one of the tallest single properties in Britain.

Grade I listed Hadlow Tower was commissioned by wealthy businessman Walter May because he suspected his wife was sleeping with a local farmer and wanted to keep his eye on her.

The vast gothic structure near Tonbridge, Kent, was later used as an observation post during World War Two, where the Observer Corps and Home Guard would report incoming Luftwaffe bombers.

After surviving the war, the property was badly damaged by the storm of 1987 and during the mid-Nineties Tonbridge and Malling Borough Council were forced to carry out urgent safety work, removing the 40ft ‘lantern’ which crowned the structure.

Hadlow Tower was taken over by the Vivat Trust in 2008, which carried out a full-scale restoration with donations from local fundraisers, £2.6m from the Heritage Lottery Fund, as well as other funding from English Heritage.

But the trust, which was dedicated to rescuing neglected and dilapidated historic buildings throughout the UK, has gone into liquidation.

Property consultancy Eddisons has been instructed to sell the tower along with a number of other historic properties owned by Vivat.

There is no guide price for the tower because it is so unusual there is nothing comparable on the open market.

It is likely the tower will be bought by an investor who could offering it as an unusual holiday let.

The tower will be sold alongside Wellbrook Manor, near Hereford and Bolton Percy Gatehouse, near Tadcaster, North Yorkshire.

Abdul Jambo, associate director at Eddisons, said: “The properties are of such a unique and historic nature that we have rarely, if ever, seen anything comparable come to the open market.

“Because of this their values are likely to differ wildly depending on the potential buyers, whether they are a charity or a private enterprise.

“As such we will be leaving this to the market to decide and are looking to receive offers from anyone interested in owning an incredibly special piece of British history.”