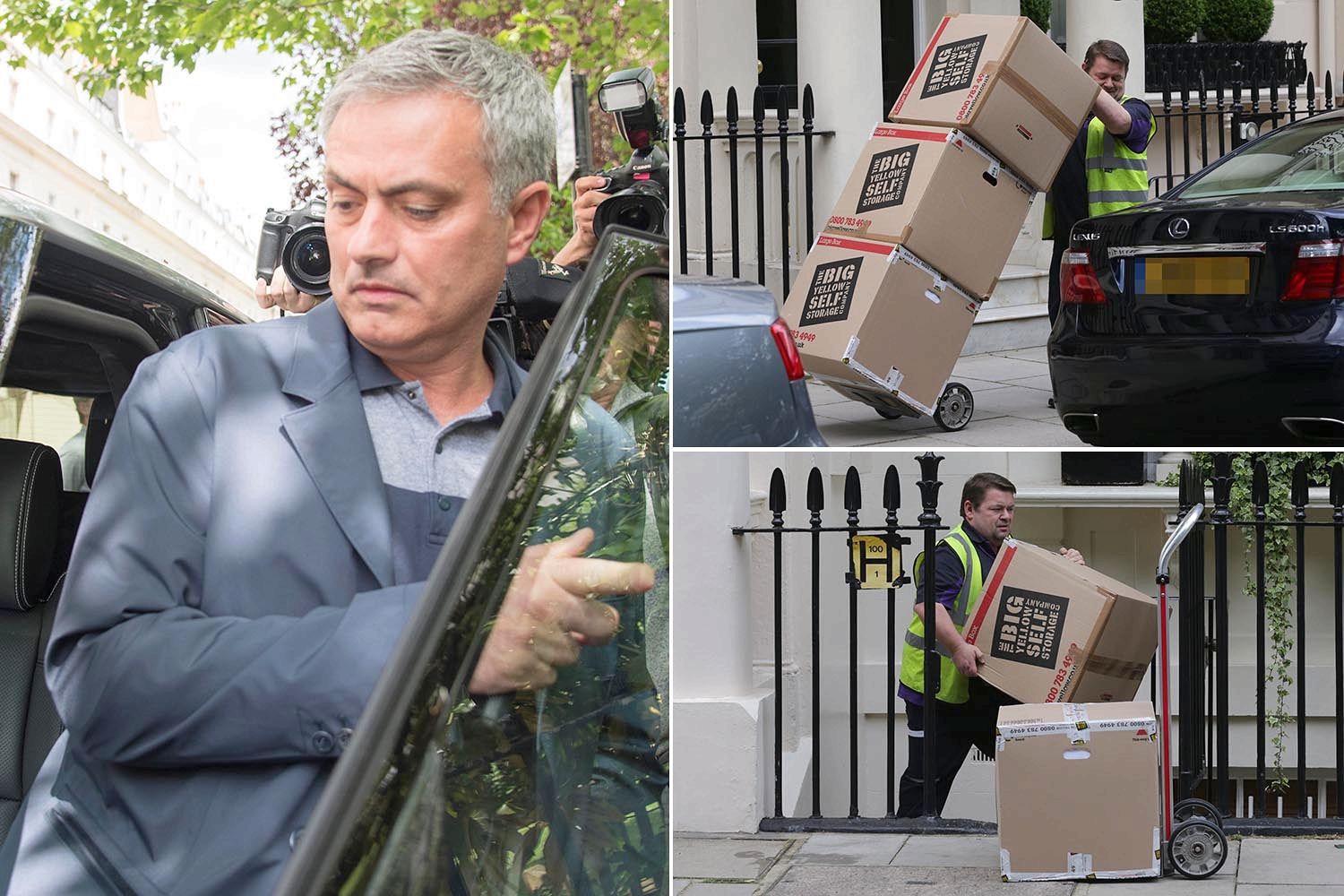 It was reported on Saturday night that the 53-year-old former Chelsea boss would take the helm at Old Trafford shortly after the club won their 40th major trophy after beating Crystal Palace 2-1 in the FA Cup final.

But it seems the Wembley win was not enough to save current boss Louis van Gaal, 64, after they failed to qualify for next season’s Champions League.

It is expected United will unveil the self-styled “Special One” as their new manager this week. It will be his first job since he was sacked by Chelsea last December.

But Mourinho revealed nothing about his job prospects as he emerged from his £11 million home in Belgravia, central London, this afternoon.

He came out of the house wearing a grey T-shirt and hoodie, but refused to answer any questions about his United future.

With a pack of photographers in pursuit, he got into a black Mercedes 4×4 before being driven away by a minder.