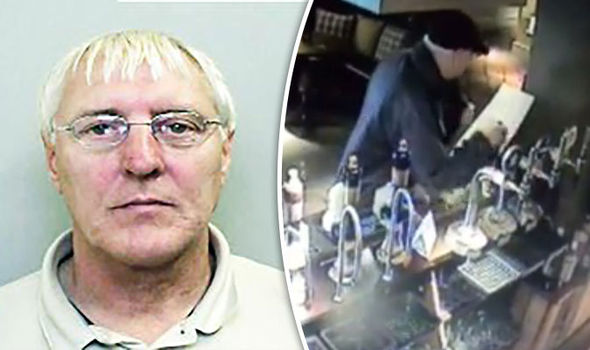 An “incorrigible thief” who has over 100 offences of dishonesty and has stolen charity boxes from all across the UK has been jailed again after a further spate of crimes.

Prolific criminal Derrick Matthews, 57, pleaded guilty to five offences of theft including nicking a poppy appeal charity box and even taking a pub staff tip jar in York over the course of five months.

Appearing via video from Hull Magistrates Court and looking forlorn in a grey t-shirt, Matthews’ crimes were described as “unenviable”, “unpleasant” and “totally mean”.

However, Matthews’ record spans further than Yorkshire and he has previously been convicted of stealing charity tins from Brighton, the West Midlands and the West Country.

He was given one final chance last November and handed a suspended sentence for stealing charity boxes from York and Stamford Bridge.

However, that sentence was activated in December after a further theft and he spent 12 weeks in prison before, upon release, beginning his crimes yet again.

Sentencing Matthews at York Crown Court, Judge Neil Davey QC said: “Mr Matthews, you are an incorrigible thief who has 35 offences from 114 convictions.

“You had only been released for a few days when you committed further offences.

“In themselves the offences are trivial but they were totally mean offences.

“Not only are you depriving the charity of money but you are also defrauding members of the public.

“While they thought the money being given would be going to a good cause it actually never got there.”

Mr Quinn said: “Mr Matthews entered the Covenant Museum in York in February this year and asked to see a picture.

“When the staff turned away he removed the charity box and put it in jacket.

“The next day he stole a staff tip jar from the Falcon Tap in York and a few days later he took a charity box from a customer services desk in Sainsbury’s by cutting the rope and removing the jar.

“The following month, he visited the Cycleworks in York and spoke to staff there asking to see some lights.

“When the staff went away to retrieve the lights, Mr Matthews removed the charity box.”

Matthews, of no fixed address, had previously been sentenced for offences in the Lake District when the then Honorary Recorder of Carlisle, Judge Paul Batty QC, it was difficult to envisage anything “more mean”.

Judge Batty QC said: “It is difficult to envisage and understand anything that could be categorised as being more mean, more selfish and more soulless than this.

Six months later, Mr Justice Simon at the the Court of Appeal said the offences: “Struck at the hearts of the good people of this country who are prepared to give their hard-earned money to charity.”

Representing Matthews at York Crown Court today (Tues), Jessica Strange described his as the actions of a desperate man.

She said: “This offences were committed out of desperation. Mr Matthews has been homeless for most of his adult life.

“He has no family to speak of and no access to benefits because he has no bank accounts.

“Since he has been in custody on this occasion he has spoken to probation and they will hopefully be able to assist him once he is released.

“If he can get some accommodation and access to benefits then he wouldn’t be committing these offences.”

Jailing Matthews for 12 months, Judge Davey QC said as a result of his background it was “inevitable” a custodial sentence would follow.

He said: “You have nearly 100 offences of dishonesty and very many of these are this sort of walk-in theft.

“You will be sentenced for 12 months on each of the five offences which will run concurrently.

“There will also be an extended period of supervision and the total licence and supervision period will last 12 months.

“All be it very late in your life you are making steps you get your life back on track.”