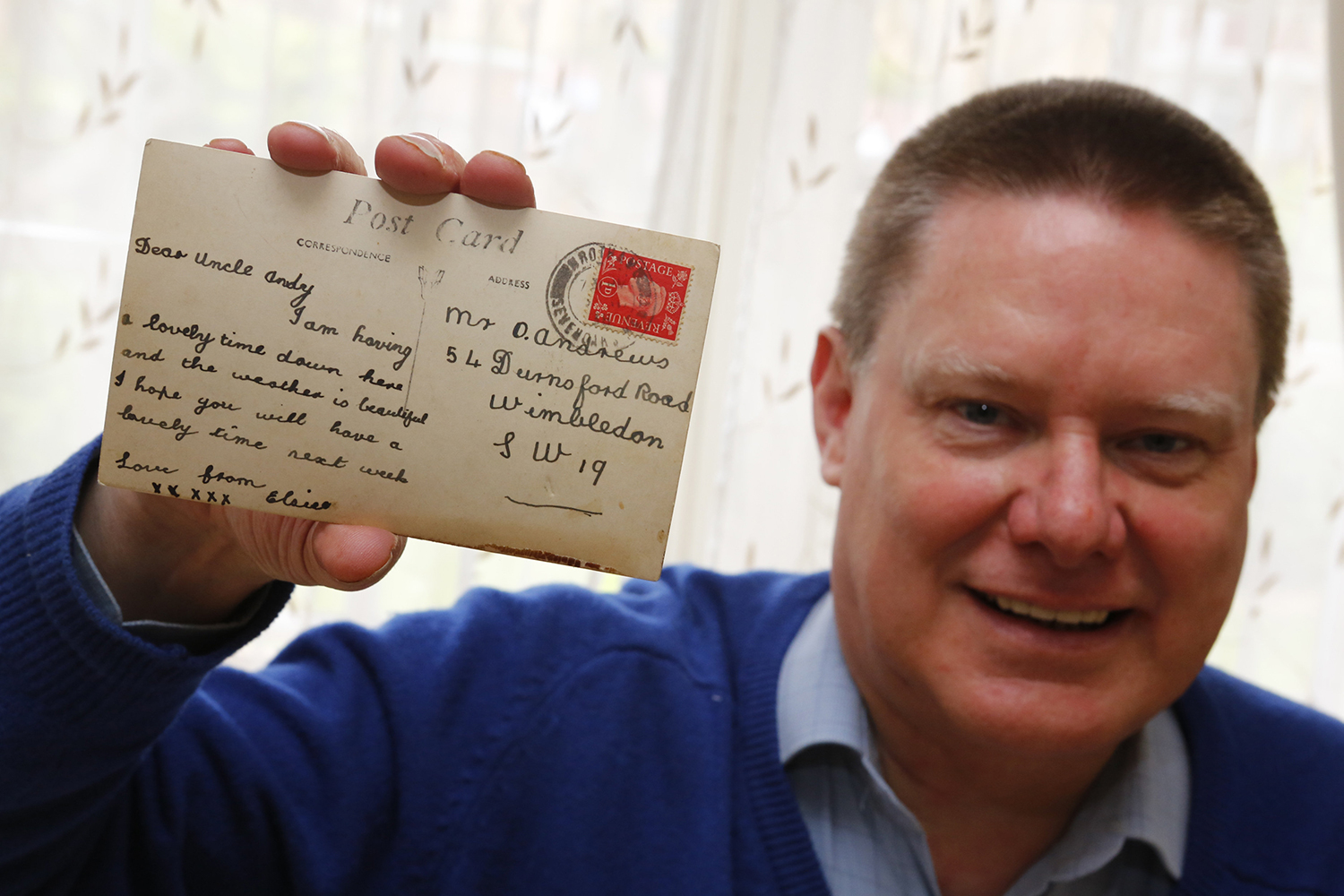 A history fanatic was gobsmacked when he bought a postcard which had been sent in 1938 – by his MUM.

Colin Mann has collected 300 photographs over the years, and is particularly interested in places from his childhood – but never thought he would ever find anything written by his mum.

The 60-year-old was scouring eBay for images of a village he visited as a Scout when he came across a postcard from the 1930s that he quickly snapped up.

When the card arrived, Colin, from Maidstone, Kent, put it in a box, but when he finally had a look at it last month, he got the shock of his life when he read the message on the back – and realised it was written by his mother.

The message said: “Dear uncle Andy, I am having a lovely time down here and the weather is beautiful.

“I hope you will have a lovely time next week. Love from Elsie.”

Elsie Frost is Colin’s late mother who regularly travelled from her home in Wimbledon to stay with her family in Kent during the summer holidays.

She would have been nine or ten at the time, but she sadly passed away 2001 aged 73.

Two years after the postcard was sent she was moved to Stansted during the war.

She worked as a telephonist at a telephone exchange and several years later met Colin’s dad, Herbert, at the Vigo army camp.

Colin, the editor of an online magazine, said he bought the postcard so long ago he has no record of who he bought it from, or how much he bought it for.

He added: “I recently bought an image of the former Horse and Groom pub which is being developed into houses and was taken in the same area as the London Road picture some years previously.

“I think subconsciously that’s what made me take a closer look at it when I found it.

“When I realised who had sent it I got a lump in my throat.

“What are the chances of that happening?”