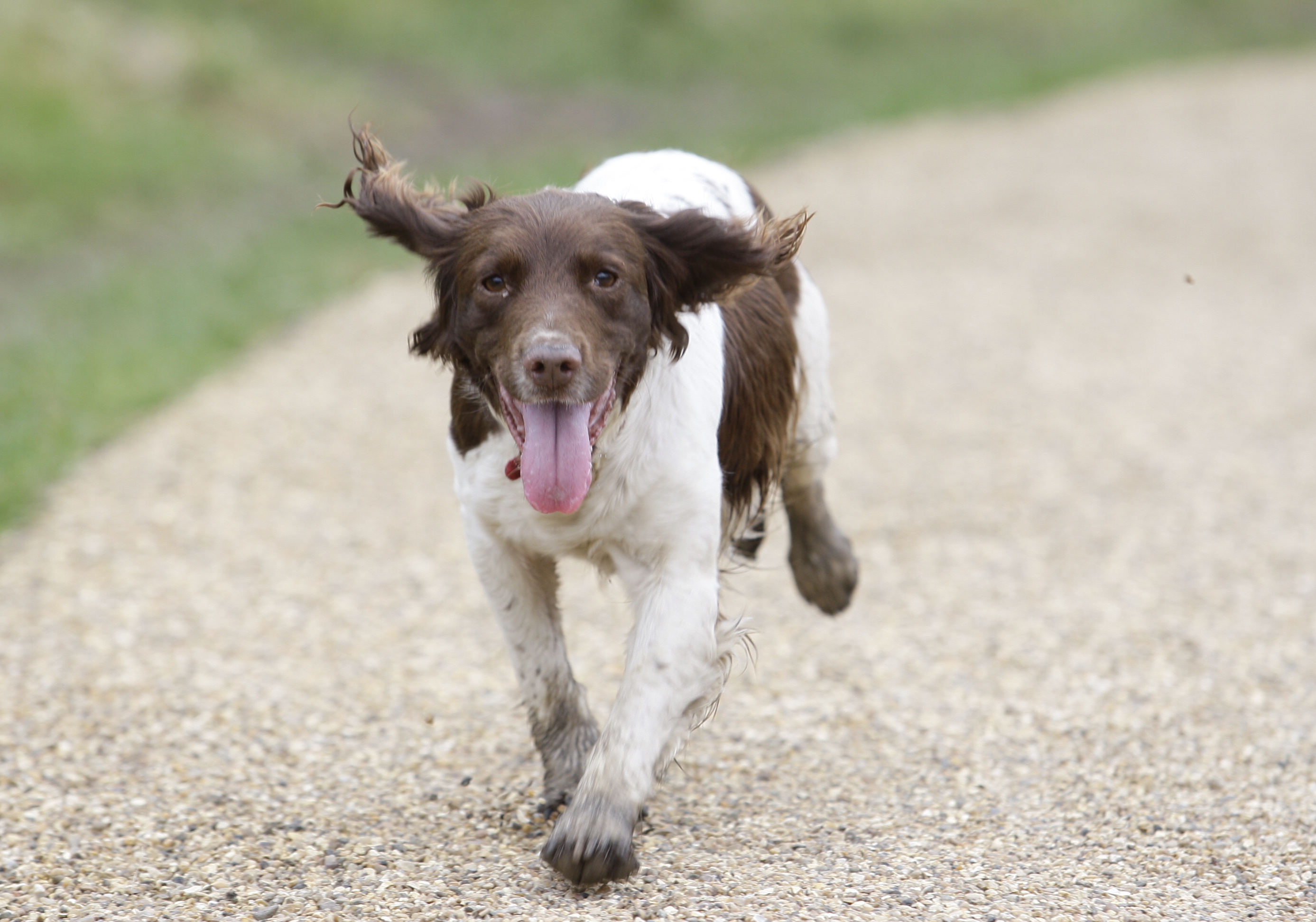 A long-serving police pooch has bow wowed out after a seven year crime-fighting career – that saw him survive a fall down a 40ft ravine in pursuit of a suspect.

Heroic Gimley – who helped catch three burglars on his first shift in 2009 – has become the first dog in his force to receive a formal certificate of service.

In 2014 he made headlines when he fell down a 40ft ravine while chasing a man who failed to stop for police in Leeds, West Yorks.

And on his last shift he helped firearms officers stop a suspect after an armed robbery, tracking the offender from the scene and locating him so officers could arrest him.

Gimley, a German Shepherd, was a general purpose dog for the Dog Support Unit at West Yorkshire Police and will live out his retirement with his handler Tim Yates.

He was presented with his certificate and a ‘doggy themed’ hamper from a local pet shop by temporary chief constable Dee Collins.

She said: “It is such a pleasure to be able to celebrate the hard work of our police dogs.

“They are one of the many resources used to support officers in keeping our communities safe. They are a fantastic asset and like our staff they are considered part of the police family.

“By recognising their service in this way I hope to highlight how highly regarded and valued they are by the force and the public.”

Dog Handler Tim said: “Gimley has been an outstanding police dog, and it’s my pleasure to have worked him, but also to have had him as a colleague and companion.

“He is such an affectionate and loving dog, as well as always giving a hundred percent to whatever he is tasked with.

“I am delighted he is the first force dog to get a formal recognition of retirement from the Chief Constable, and know he will be happy laying in the sun and taking things easy after his many years’ service.”

PC Duncan Matthews, secretary of K9, a West Yorkshire charity that supports handlers with retired police dogs, says; “It is fantastic that police dogs in West Yorkshire will now be recognised for their dedication and hard work when they retire from duty.

“Animals working in services can sometimes get over looked as just being ‘tools to get the job done’ but they are so much more. They give everything to their handlers and the force, and its great to be able to celebrate that.”

Head of the Dog Support Unit, Police Sergeant Stewart Dunderdale said; “Everyone gets quite excited when we have new puppies joining the unit, and in the past the older retiring dogs have tended to get overlooked.

“It’s such a great thing that the Force recognises the dogs for the years of service they have given and the great job they have done.”