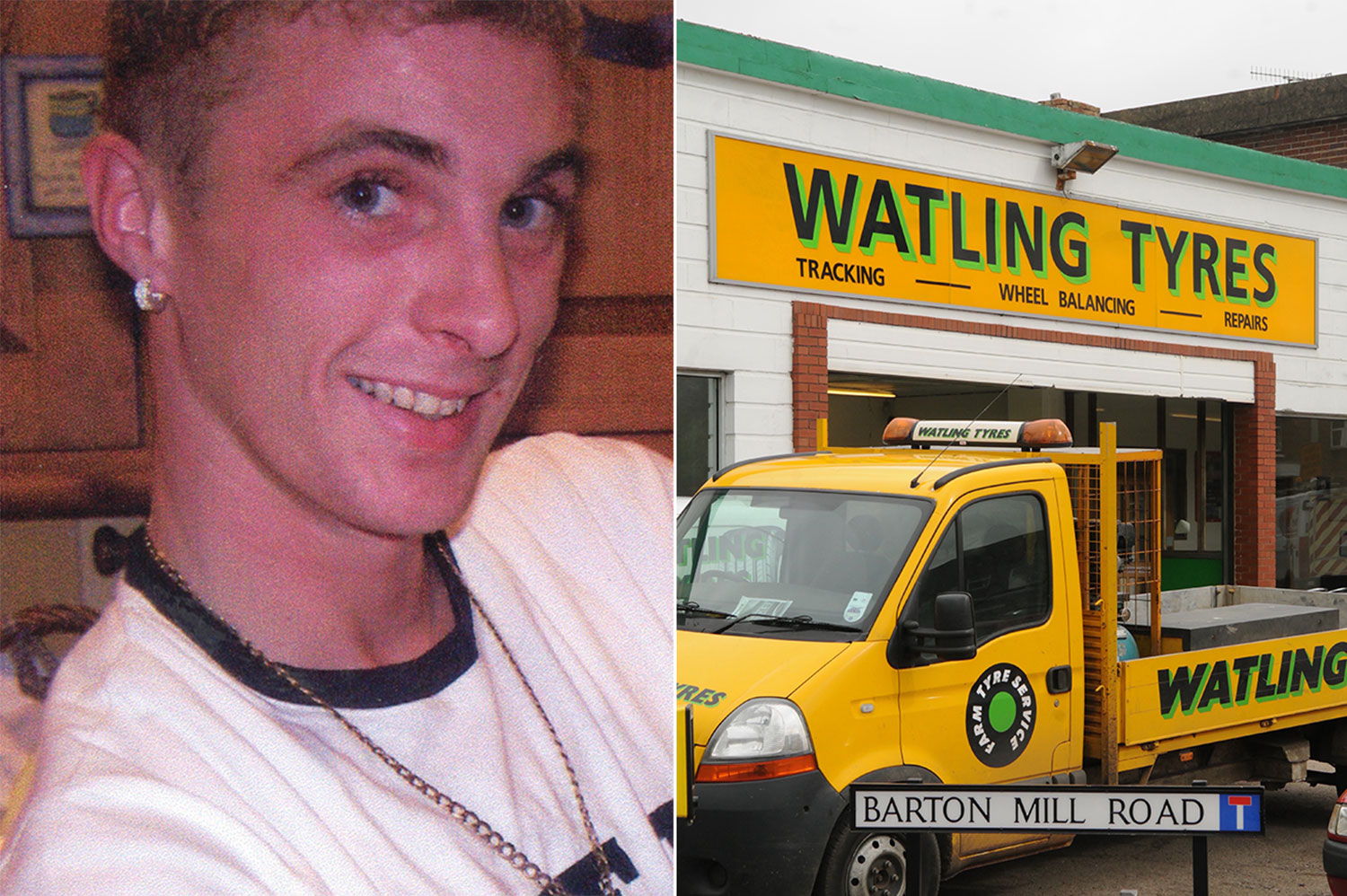 A company was hit with a £1 million fine after a young apprentice died when a huge tyre he was changing exploded in his face.

Matthew Hoare, 21, died when a tyre he was changing exploded, throwing him more than 30 feet.

Now, Watling Tyres was finally brought to justice after admitting two breaches of health and safety regulations for the tragic incident on January 27, 2006.

Judge Adele Williams told lawyers for the company that its directors bore “a heavy responsibility” for the tragedy.

She also told them that Matthew had been sent to do a job for which he wasn’t properly trained, with inadequate and unsafe equipment and work practices.

She said: “There was no proper supervision by the directors of their managers who had showed “a sloppy and complacent attitude towards Health and Safety.”

She ordered Watling Tyres, which is based in Dartford, Kent and has an annual turnover of between £21 million and £25 million, to pay the fine and £100,000 prosecution costs by July.

The company’s barrister asked it they could pay it over two years, but the judge responded that they should have put money aside, and gave them an extra month.

Earlier, judge Williams heard how Matthew, from Chartham, Kent was a loving and much-loved son and brother and the family’s grief “was still immense”.

She said: “He made such a great contribution to the lives of others and will be sorely missed.”

The judge added that Matthew’s family had every right to expect his company to protect him and keep him safe at work.

The court heard that Matthew was not properly trained before repairing a puncture on a Dresser loading shovel at Hammill Brickworks in Sandwich.

Prosecutor Quentin Hunt said: “The failings of the company which led to the breaches of Health and Safety regulations were clear.

“They relate to the risks inherent in changing large tyres.

“That risk emanated from an inadequate system of training and supervision and an unsafe system of work.

“That work has not been properly assessed for risk, nor was the risk in any way mitigated.

“There was also failings in respect of the supply and maintenance of equipment supplied to employees.”

Last month a director of Watlings was acquitted of breaching safety rules which led to the death of Matthew.

Andrew Wright, 58, one of four directors of Watling Tyres, had denied two charges of failing in his duty under Health and Safety legislation.

The prosecutor told the court: “Mr Hoare was attempting to repair a puncture on the nearside front tyre.

“During the course of the repair the tyre exploded, releasing compressed air, causing fatal head injuries to Mr. Hoare.

“Mr Burgess, an employee of Hammill Brick Limited, was standing close to the incident and was therefore also exposed to risk of injury as a result of the failings of Watling Tyres.”

An investigation into the tragedy revealed an air compressor didn’t show the tyre pressure, a heavy duty wrench was “inoperative” and there were faults with the air-operated hydraulic jack was faulty.

Mr Hunt said an investigation concluded that “the overall condition of equipment found in the van reflected a poor standard of maintenance with little regard paid to any aspect other than restoring the basic function of the devices”.

Watling Tyres pleaded guilty to breaches of their duties under two sections of the Health and Safety at Work Act, failure to safeguard the health and safety of both employees and non-employees.