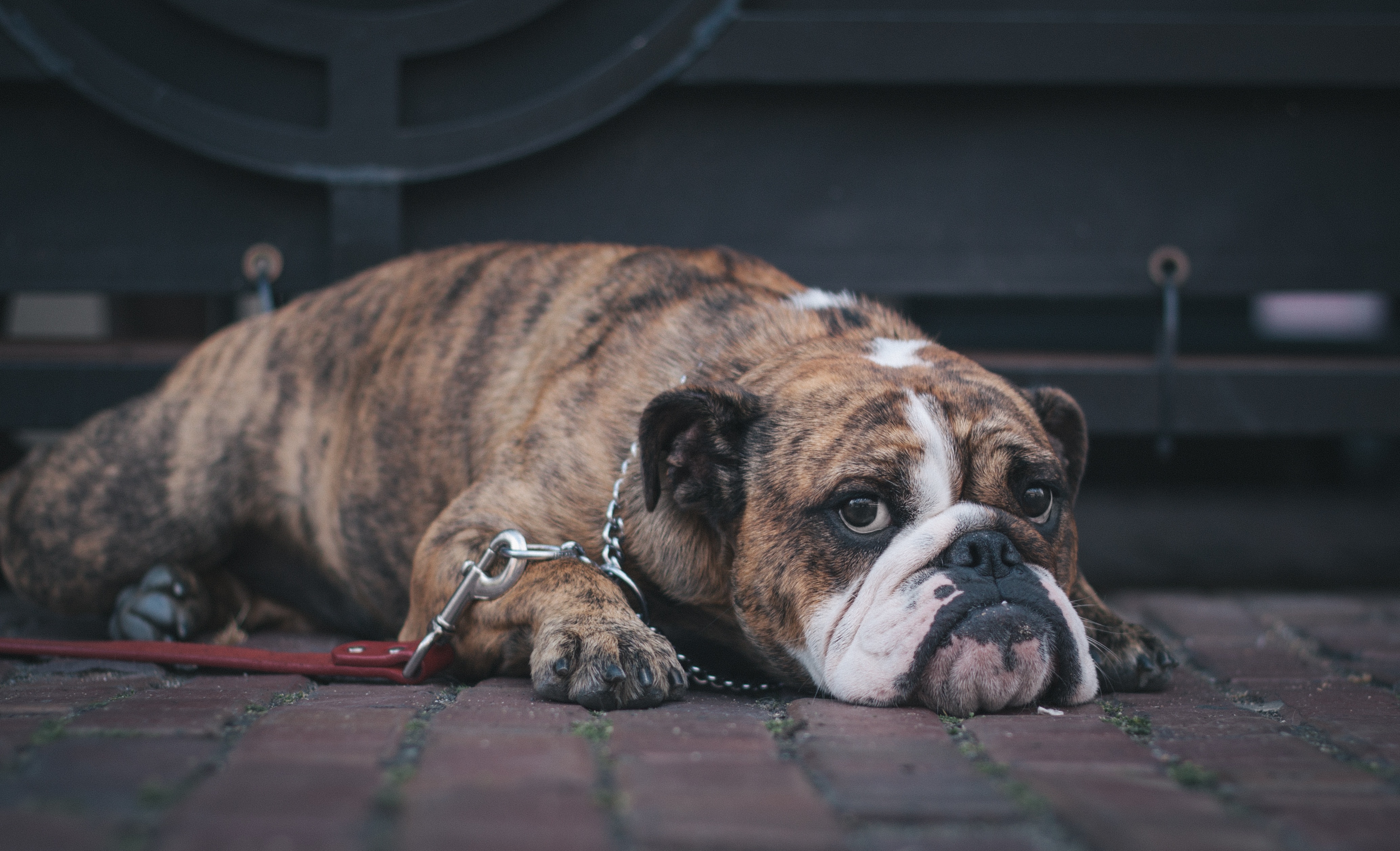 A dog which had to have both of his eyes surgically removed after being abused by his former owner is now looking for a new home.

Pooch, a 10-year-old Staffordshire bull terrier-cross, was left to suffer for years with a congenital condition which was left untreated.

It got so bad that his eyeballs looked ready to pop out of his head, leaving vets with no option but to take drastic option.

One of his eyes was removed after it erupted and despite desperate efforts to save the other, the condition had spread beyond control.

However, Pooch is now putting his rough start behind him as he tries to sniff out a new home.

RSPCA Inspector Justin Stubbs, who investigated Pooch’s case, said: “He was in a terrible state when he came into us, his eye looked horrendous.

“Poor Pooch was left suffering from what must have been an extremely painful and uncomfortable eye condition.

“It was like something out of a horror movie – his eyeball looked ready to pop out of his skull.

“Despite all he’s been through, Pooch is still very loving and affectionate towards people and is desperate to find a very special owner to spend his final years with.”

Pooch’s former owner Trudy Oakley, 46, admitted to causing Pooch unnecessary suffering when she appeared at Peterborough Magistrates Court on May 9.

The court heard that Oakley was told back in 2010 that Pooch should have had his right eye removed because of the condition which threatened to make it erupt.

But she ignored the advice and left him to suffer, with its eye swelling and looking like it would pop out of its skull.

Oakley claims she did not act on the advice of vets because Pooch could still close the affected eye.

She said: “They told me he would need to have his eye taken out if he could not close it.

“I saw him close it when he was sleeping, it was not troubling him, we never had a problem with that, he was not in any pain.

“I don’t care what any one says I know for a fact he could blink.”

Oakley said the condition did not worsen and added that her dog “always had big eyes”, for as long as she could remember.

She continued: “I’m not simple, I know it was not troubling him so why would I take him to get poked about.

“He was not in any discomfort, he was happy dog.”

Oakley was handed a two-year conditional discharge for the offence and banned from keeping all animals for one year.

Staff at the RSPCA Block Fen centre in March, Cambs., are now looking for potential owners who may wish to rehome Pooch.

Kirstyn Gaunt, deputy manager at Block Fen, said: “Pooch is a wonderful boy. He is a pleasure to spend time with and his favourite thing is being around people.

“He is very loving and loves everyone he meets. He greets all our staff, each morning, with pricked ears and a waggy tail.

“He is, however, very affectionate and loves cuddling up on someone’s lap, enjoys a belly rub, and likes being tickled behind the ears! He will make the right person a wonderful friend and companion.

“Pooch will need regular exercise but isn’t a huge fan of walks, partly due to his blindness, so will need short and steady outings. He loves being out in the sunshine so would enjoy having a new home with a garden he can enjoy.

“His main demand, from his new owner, would be a nice comfy, soft bed in a warm spot to spend most of his day relaxing and snoozing.

“He is a huge food-lover so treats could be a useful way of training him.”

Westley Pearson, Director of Claims at pet insurance company Animal Friends, said: “For some owners the cost of treatment becomes prohibitive, and they bury their heads in the sand and hope their pet’s medical problem will just go away on its own.

“What they might not realise is that they are legally required to seek veterinary treatment if their pet requires it, beyond the ethical implications of leaving a pet to suffer without the proper care.

“This is why we recommend insuring your pets; so that owners aren’t faced with financial compromises when it comes to treating injuries and illnesses.”