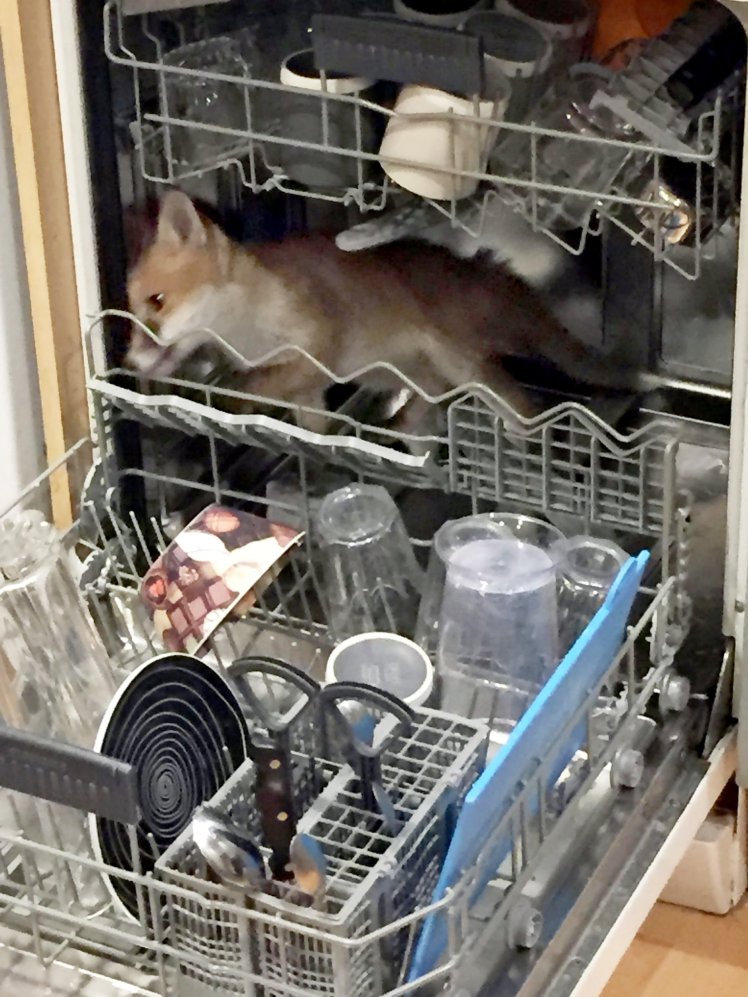 A dad-of-three was stunned when a foxy fellow hunting for food snuck into his kitchen and got trapped – in the dishwasher.

Vet Simon Hayes, 45, was quietly getting on with household jobs when he walked back into the kitchen to see the fox cub wedged behind the dish-trolley.

With his years of experience, Simon could tell that the little fox was just a few months old and completely terrified.

After slowly removing the dishwasher’s bottom trolley, Simon watched as the the frightened fox crept out and made a dash for the garden.

Simon said: “It was about ten o’clock on Sunday, and being as warm as it’s been, we had left the back door wide open.

“I went out the room to do some other stuff, came back in the kitchen and realised there was a little fox cub in the back of the dishwasher, sitting behind the tray – I couldn’t believe it.

“He was just a little cub. He must only have been around four or five months old. I have no idea how he got in there, but he couldn’t get out.

“I carefully removed the tray, leaving enough room for him to make his getaway and he scarpered. The dog didn’t even notice him.

“He was quite an aggressive little thing – but I’m a vet, I know what I’m doing.”

Simon said that foxes are routinely spotted in the back garden of his Barnet home, and had even killed his chickens a few years ago.

He said: “My kids thought it was hilarious. My youngest one was a little bit worried, but my eldest, who tried to befriend a fox cub in the garden last year, loved it.”