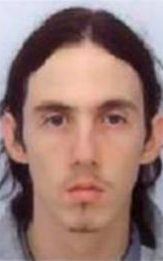 One of Britain’s worst paedophiles boasted he wanted to become a foster carer so he had a continuous supply of children to abuse, a court heard today (Thurs).

Richard Huckle said he wanted to marry one of his victim who he could manipulate her into not reporting him as she would risk losing her middle class lifestyle.

He also said he wanted his own kids, but “was not a big fan of incest.”

The 30-year-old is facing life in prison for raping multiple children, aged from three-months-old to 12 years, in Malaysia and Cambodia.

He pleaded guilty to 71 charges of abusing 23 victims, but it is believe the number he abused could be nearly 200.

A psychiatric report was read to the Old Bailey today which described how Huckle spoke of wanting to put his offending behind him, and blamed it on “external influences”.

The report said: “He spoke of wanting to establish an independent life for himself once released from prison, where he would seek out a South Indian woman.”

But in an online posting in March 2013 on a paedophile forum, Huckle spoke of wanting to marry a South Asian woman who he could “mould” into the perfect wife.

This way, he said, he could convince her she would lose her “middle class lifestyle” if she “busted” him for abusing children.

He wrote: “To tell my story in brief, I am originally from ‘The West’.

“And when I first visited South Asia, I fell in love with the place – one of the main reasons being that the kids are adorable.

“And with families being so easy to get along with, you can visit and spend some time with them.

“And you can easily play along and do what you want (with limits of course), their kids.

“I have spent half of the past several years in South Asia. And I have got particularly close with one family, whom I have known about six years.”

He bragged that the family let him do what he wanted, and spoke of marrying one girl, so he could “mould her” into the perfect wife.

Huckle wrote: “I have had sexual contact with four of the girls in that family.

“Although the family obviously does not approve it, they try to work around it, as they known I can be a potentially valuable asset to them in the future.

“Now the girls are growing up, I have gone through this weird transition of (at least two of) these two girls from them being ‘my kids’ to being ‘my partners’.

“And I have expressed interest in marrying one girl, whom I have had a close relationship with, when she is 18.

“Which has met approval from some of the family members, except the uncle that is currently caring for her.

“I feel my situation could strongly benefit me in that my partner is still quite young and I have known her since she was seven.

“And I influence her young mind to mould her into the perfect wife.

“She strongly disapproves of me having sex with her and her family members. But she still lets me as she knows my worth.

“Though she does not approve of marriage just yet, as I think her uncle is badly influencing her.”

Huckle then spoke about his twisted ambition to become a foster carer so he could abuse the children.

He said: “My ambition, once married, would be for our family to be like foster carers, for children temporary or long term.

“Though I would like to have my own kids, only one or two. I am not a big fan of incest.

“So even though it is very risky, I would like a cycle of children to come through, staying at my house.

“And, depending on the child’s character, would depend how far I would take things with them (I would never push a child out of my comfort zone).

“With having such a long standing relationship with my wife, and being over ten years older than her, I would hope I would be able to pacify and influence her into not reporting me.

“As I would make it clear to her that she would lose her ‘middle class life style’ if I got busted.

“Marriage certainly is not suitable for a paedo to a western woman (there are some women you would be safe with, but they would be extremely unattractive), but you can get away with a lot more if you live in, and marry, a South Asian girl.”