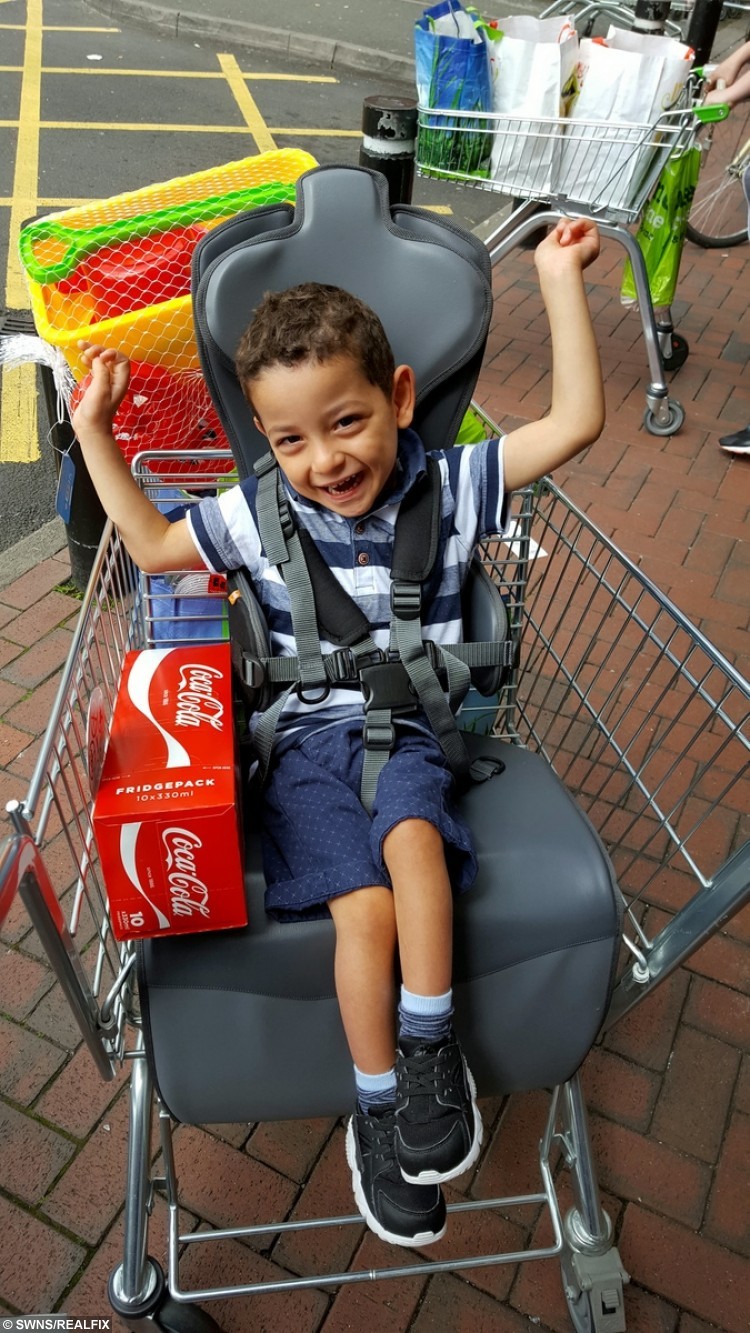 A little lad’s adorable smiling face went viral after his mum took a photo of his delight – having his first trip in shopping trolley.

Leon Hart, three, has cerebral palsy after complications when he was born, which means he can’t speak or walk, or sit up in a shopping trolley seat.

His mum Jodie Torevell, 28, always shops online as a result, until she spotted a new specially-adapted trolley during a trip to her local Asda.

The mum-of-six took a photo of little Leon enjoying his first ride in a trolley at the store in Wythenshawe, south Manchester, and posted it on Facebook.

His beaming smile saw the photo go viral after it was re-posted thousands of times.

Speaking after the picture went viral, proud Jodie said: “During Leon’s birth he was starved of oxygen for 23mins and needed resuscitating.

“We were prepared for the worse with doctors telling us to get family members to say their goodbyes because his condition was so bad.

“But after 10 days ventilated he got better slowly.

“Nothing gets him down – not appointments, not physio, nothing.

“Everything he does he has a smile on his face and the tiny things in life are massive thing to him, which is why when he got chance to go in this adapted shopping trolley it meant so much.

“His daddy pushed him round doing our shopping and he was the happiest boy ever.

“It was very special proud moment.”