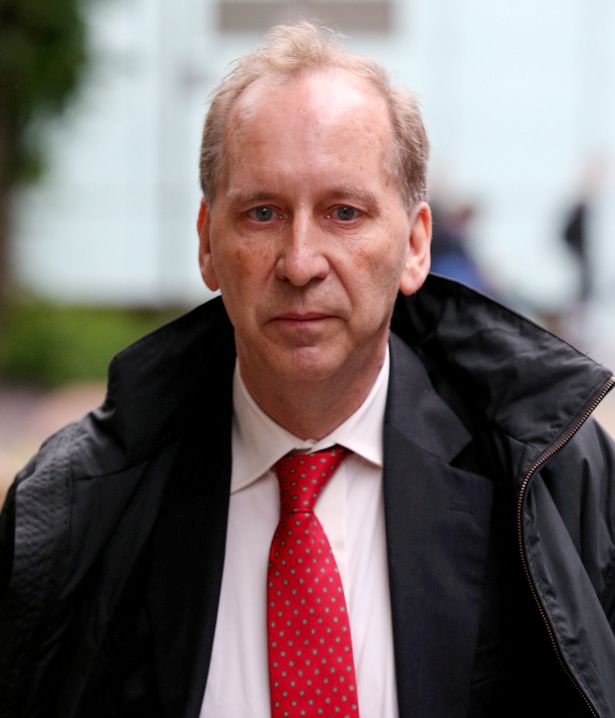 One of David Cameron’s closest former aides who advised the Government on online pornography, has been found guilty of downloading five indecent images of scantily-clad girls as young as ten.

A jury found today (Weds) that a selection of the images Patrick Rock admitted downloading – including girls bending over in hot pants and bikinis in provocative photos – were indecent.

It can now be reported that a previously court hearing Rock is believed to have wiped a second iPad containing incriminating evidence after a tip-off from his sister.

An iPad belonging to Rock was seized in the US by the FBI and then when told of this, Rock is alleged to have wiped another iPad he had in the UK, Westminster Magistrates’ Court previously heard.

Judge Alistair McCreath, the Recorder of Westminster, told Southwark Crown Court that Rock has caused himself “massive reputational harm” after a jury of six women and six men found him guilty on his 65th birthday.

They were unable to reach majority verdicts on 12 other of the images, which were all of girls from the Czech Republic and were downloaded in a US golf club.

These were ordered to lie on file.

Jurors first reached unanimous verdicts declaring that two images – one of an 11-year-old in a tutu and another girl, 14, pulling at the top of her dress – should not be classed as indecent.

But they later returned majority verdicts of guilty on five counts and not guilty on another while Rock remained expressionless.

The images were found by builders on an iPad in his deceased mother’s home in North Carolina, USA, and passed to the FBI, it can be revealed.

Earlier prosecutor Miss Ruona Iguyovwe told Westminster magistrate’s Court at the July 3, 2014, hearing: “Investigations are still ongoing in relation to emails between Rock and his sister, who lives at 60 Carolina Vista, North Carolina.

“The chain of emails between them suggest that he was notified by his sister who lives in America that police had seized the iPad.

“After that it seems he took steps to reset his iPad in the UK.

“The prosecution have examined it and found nothing, but things could have been deleted.”

Despite the offences having taken place abroad, Judge McCreath ruled that the UK courts have the jurisdiction to prosecute Rock because he is a UK citizen and the allegations were sexual offences against children.

There is nothing to suggest the sister told him to erase any pictures before his arrest in February 2014.

A source close to the case said: “The FBI in the US were given the iPad by a local copper when some builders were doing renovation work on Mr Rock’s deceased mother’s house in Carolina.

“Mr Rock had been there as he was responsible for the works. They found the iPad and they gave it to the cops who handed it to their British counterparts.

“There was an iPad found in his address in the UK when he was arrested but they found no images on it at all.

“The only internet history dated back to February 12, 2014. The American search took place two days earlier.

“The NCA’s allegation is the iPad was reset when the Americans had a search warrant executed at his address.

“There’s evidence of email messages from his sister who was in the US saying the sheriff came around on a search warrant.”

Sasha Wass QC, in mitigation, said Rock told the Prime Minister’s private secretary of the US police’s involvement who then reported him to the National Crime Agency in the UK.

Ms Wass said: “Mr Rock was told by his sister that the American police were interested in the contents of his iPad.

Southwark Crown Court was told on Tuesday that Rock admitted having downloaded the images but denied they could be described as indecent.

Thomas Forster, for the prosecution, said: “All the images are of young girls.

“When I say young I mean less than 18 years old and in all but one they were 14 years or younger when the images were downloaded.

“They must have been younger still when they were actually photographed.

“Each child is photographed in deliberate poses that were staged for the camera.

“The poses are deliberately sexual.

“They are scantily clothed and/or their legs are often open and/or they are showing their bottoms to the camera.”

The images the jury found him guilty over included of a ten-year-old in “skimpy” clothing while sat in a high chair and a girl, 11, wearing a bikini with her back to the camera while the camera focuses on her bottom.

Others showed a 12-year-old nicknamed “Cutie” with her legs apart and “Princess”, 14, bending over a box while the photographer focused on her backside.

Sasha Wass QC, defending Rock, said the images were comparable to advertising campaigns and even to pop star Britney Spears in a hit music video.

She said: “You are being asked to judge whether a 64-year-old man who has never been in trouble should be criminalised for looking at clothed, young girls.

“Looking, nothing more than looking.

“Some of you will be old enough to remember a 16-year-old Britney Spears gyrating in a school uniform in the popular song ‘Hit Me Baby One More Time’.

“She was wearing provocative clothing and her her words movements could not have been more suggestive.”

Oxford-educated Rock resigned as deputy head of the No 10 Policy Unit after his arrest in February 2014 and has been close to Mr Cameron for two decades.

The pair worked for Michael Howard when he was Home Secretary in the 1990s.

Judge McCreath said after the convictions: “This is nowhere near the custody threshold given the nature of the material and quantity of it.

“The outcome as far as Mr Rock is not so much in the hands of the court but in the massive reputational harm his activities have brought on himself.”

Rock of Fulham, west London, was bailed to be sentenced tomorrow morning.