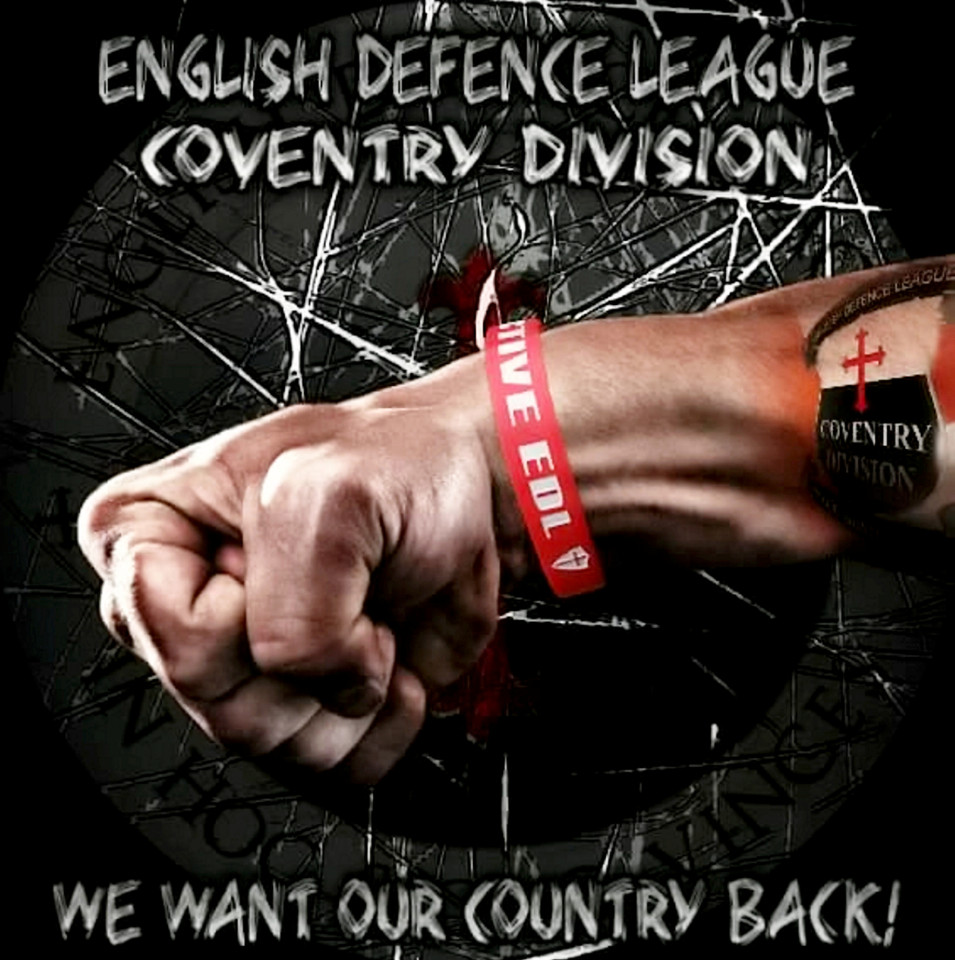 A racist thug has been fined for waving an England flag which had the words “f**** Islam” emblazoned across it – just 24 hours after Britain voted to quit the EU.

Around 30 members of the far-right group gathered outside the Manarat Foundation mosque in Birmingham.

He also pleaded guilty to obstructing an officer after giving police his brother’s name when arrested.

Johnstone, of Luton, Beds., was handed a £400 fine but was told he would not have to pay because of the time he had spent in custody since Saturday.

He remained in custody after being recalled to prison on licence on other matters.

Helen Shipley, prosecuting, said demonstrators were herded by police to one side of the Coventry Road in Birmingham.

Johnstone, who appeared drunk, had a St George’s flag draped around his neck.

Miss Shipley said: “He appeared to film police because he wanted their opinion on a new mosque.

“He removed the flag and was holding it up towards motorists.

After being arrested Johnstone gave police the name of his brother but was found out when fingerprint tests revealed his true identity.

Ben Galletti, defending, said Johnstone had been recalled on licence to prison on other matters and was not due for release until June 1 next year.

District Judge Robert Zara fined Johnstone £150 for each of the religiously aggravated offences and £100 for obstructing an officer.

He said: “The maximum penalty for public order offences is only a fine whatever view I may take of your conduct.

“Because you are now a serving prisoner I will deem the time spent in custody since your arrest should serve in default of payment.”

On a Facebook profile page Johnstone appears to be connected to the Coventry branch of the EDL.

A status update from May said: “Before ny1(sic) forms an opinion of what I believe in please google what the EDL fight for.”