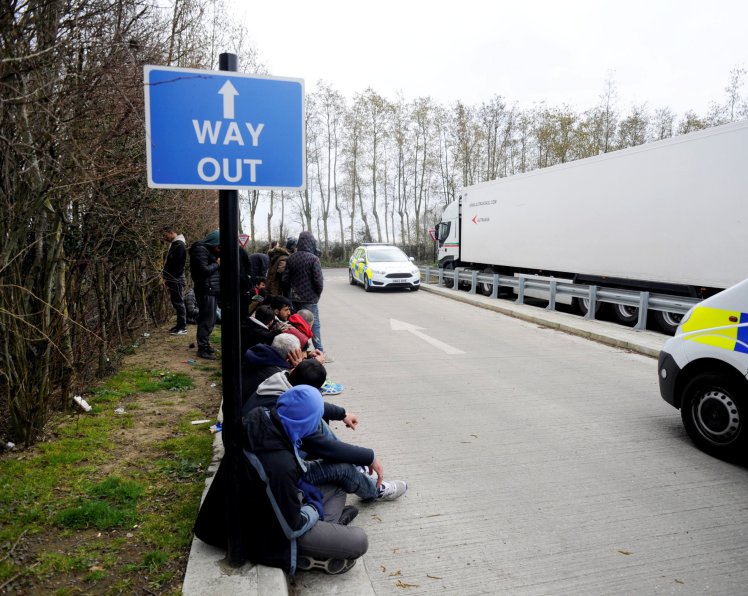 Britain was almost invaded by another group of migrants after 17 people were found by police hiding in the back of a lorry.

The suspected illegal migrants entered Britain by “clandestine” means, according to Kent Police, who caught them on Tuesday afternoon – just two days after 18 migrants were found off the coast.

Kent Police confirmed the migrants were found in the lorry in Ashford, on the coast, and were detained and handed over to the Home Office Immigration Team.

The Home Office have been approached for a comment.

A spokesperson for Kent Police said: “We have detained 17 clandestine entrants and passed them over to the Home Office Immigration Team.”