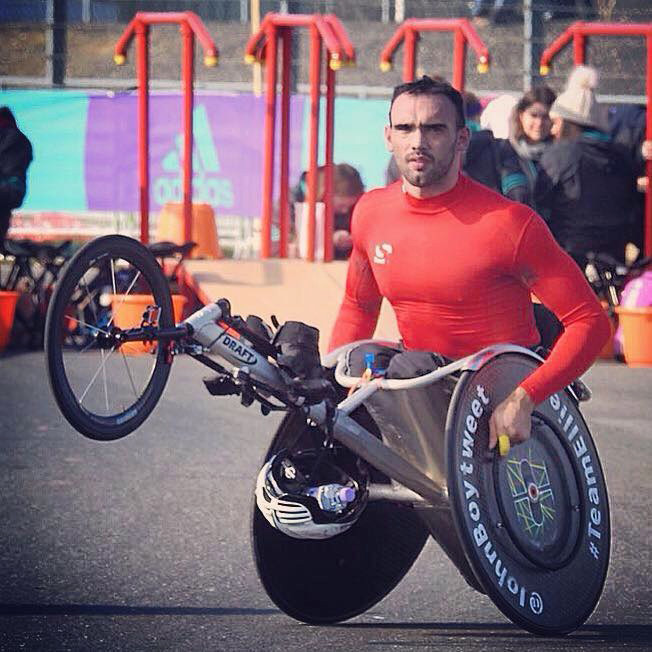 A Paralympic athlete who’s hopes for competing in Rio were nearly dashed when thieves took his custom-made wheelchair – has been reunited with the vital equipment.

John Smith’s racing chair was cruelly stolen from a van outside his home last week, leaving him with doubting his sporting future.

But days later, the £5,000 chair – which is only worth £20 in scrap – was returned to him after it was anonymously left outside a house nearby, and three teenagers have been arrested.

The 26-year-old, who will travel to Rio in September to take part in T54 marathon, was baffled when he noticed the chair was missing on his way to training.

John, from West Kingsdown, Kent, had only just been told he would be competing when his racing chair was taken, and worried it would take manufacturers four months to make a new one.

He said: “At first I thought someone was playing a joke on me. It’s worth nothing to anyone else – it’s custom-made for me, it was made around me.

“There are probably five other people in the world that could use that chair and it’s worth around £20 in scrap.”

Two 18-year-old men and a 16-year-old boy were arrested in connection with the theft and bailed until August 16th and 17th, while police make further inquiries.

Kent Police launched an appeal to help retrieve John’s chair, who was paralysed after being shot aged 16.

A Kent Police spokesman said: “The wheelchair has now been returned to its rightful owner and we would like to thank everyone who assisted with our appeal to help find it.

“The victim is part of a Great Britain racing team and requires it to compete in upcoming events.”