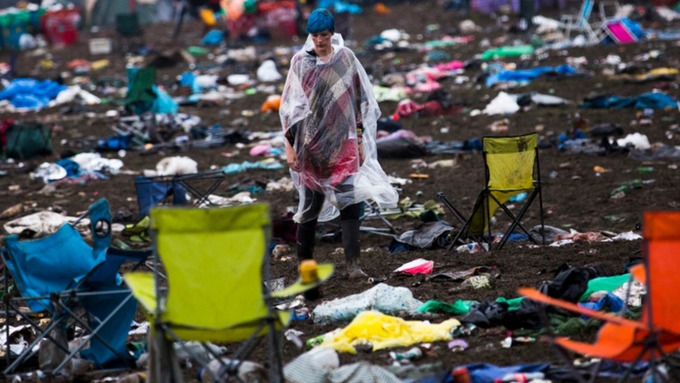 The great Glastonbury Festival getaway descended into chaos yesterday (Mon) as cars were stranded in fields turned into quagmires by heavy rain.

Dozens of vehicles had to be towed out of parking fields by tractors, leading to long delays for worn-out revellers.

Even festival founder Michael Eavis described it as the muddiest festival ever, despite 1,000 acres of the site being covered in woodchip.

“Every single bit of woodchip in the south of England, all of it is here over 1,000 acres.”

The 1997 festival, which featured The Prodigy and Radiohead, was crowned the “year of the mud”, but has been usurped by 2016.

Stranded revellers took to Twitter yesterday to voice their frustration.

Barker said “thought leaving Glastonbury early would skip all the traffic but it’s been two hours and I’ve gone about 100 metres and got stuck in mud”.

But not everyone has suffered, with some even having time to visit other local sights after leaving the festival.