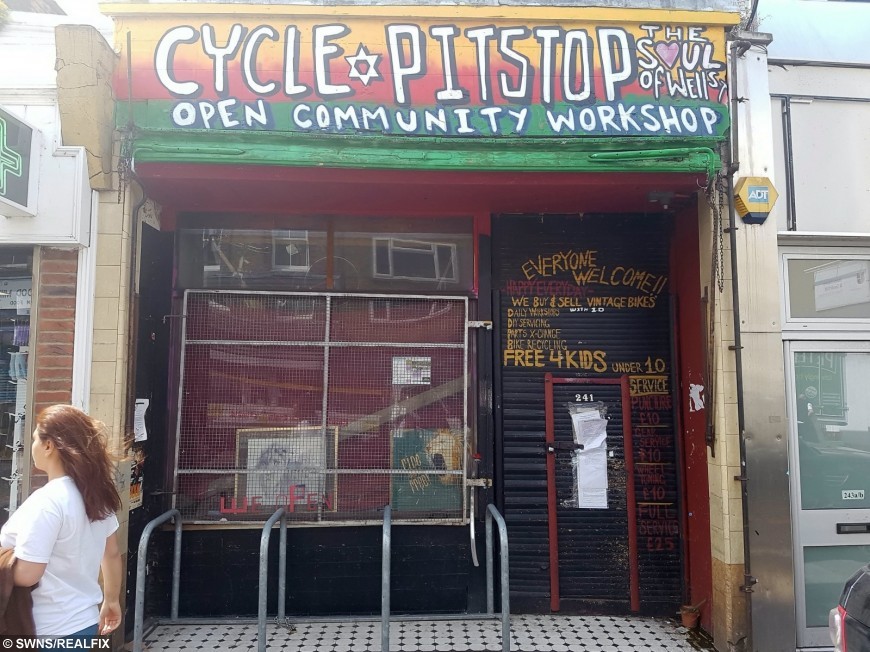 A reggae-inspired bike shop has been closed by the council after they got a complaint almost every day for three months – that owners were playing too much BOB MARLEY.

Owner Jusus Telesford (doub corr), is a popular figure within the community in Hackney, East London, renowned for cutting violence and gang crime.

But magistrates on Monday ruled his cycling shop and community centre should be closed for three months after hearing evidence of excessive noise and drug crime.

It is believed that the music played outside the shop so loud they set off car alarms.

Jusus said: “I played music for the street but can definitely see where they are coming from and I would comply with what they want us to do.

“I want to work with them and I’m hoping they can see we are an asset to the community.”

Director of youth charity Hackney Quest Collette Allen said: “Since Jusus opened the bike shop he has been able to positively engage with these young people in a way few other organisations have been able to and we no longer have capacity to.

“He is a community role model. I believe if it wasn’t for the bike workshop, young people would gather elsewhere, and with the lack of positive engagement there is more likely to be violence and gang activity.”

But the council are standing firm on the temporary closure.

A council spokesman said: “Following more than 80 complaints by neighbours about noise and antisocial behaviour, we took the decision to pursue a closure order.

“This has been granted for a period of three months and we hope that this will improve life for nearby residents who should not have to put up with this sort of behaviour.

“Throughout the three-month closure period we will be working to assess the impact of the order and review its effectiveness.

“Support will be offered to reduce the likelihood of continuing antisocial behaviour when the closure order comes to an end.”